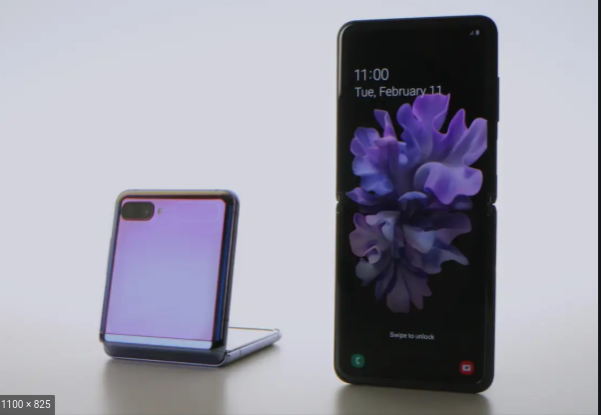 Through the decades, we have experienced the growth of technology for both groundbreaking research and entertainment, but now it appears we are right back in 2000 with the new Galaxy Z Flip that was released in early February.

This phone works similarly to any other smartphone you might purchase at your local Best Buy, but there’s a catch. The Galaxy Z Flip, as it says in the name, is in fact a flip phone! that’s right ladies and gents we have officially come full circle.

The most captivating feature of the smartphone is obviously the flip. The flip feature not only allows the device to fold in half for easy storage but it is actually able to stand by itself! Not to mention it can also hold its position at multiple angles, giving you the ability to play with perspectives and shoot your photos they way you want them to be shot.

But the real question is, is this new, somewhat counterintuitive device worth the 1,380 dollars Samsung is selling it for?

Multiple other companies have attempted to create devices similar to the Galaxy Z Flip, but truth be told, not many worked out. The concept of a foldable phone will sell much better as a fashion statement, rather than marketing it for practical use says Rebecca Hirst, Samsungs leading U.K product marketing head.

This is the main speculation fo why Apple has yet to release a foldable flip phone. They already are a fashion statement brand without any flip phone, so why release something no one can afford to buy?

Until the price of foldable smartphones becomes reasonable not many consumers will be attracted to such a device as the only benefit appears to be that it flips.

However, once those prices do drop, who knows what this means for the world of technology. Have the creators of these devices run out of ideas? Will we continue to revert back to our old forms of communication simply for the aesthetic? ultimately it is up to you,  the consumer, to decide the path of our future.