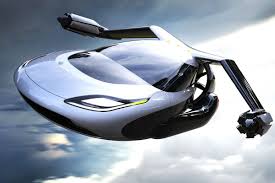 We have all dreamed and wondered what the future would look like.  One thing that nearly everyone has wondered was when would flying cars be made for the public.  While flying cars seem like they may never happen they are actually not many years away from us.  Uber has announced that they will have flying cars by 2023 which is really right around the corner.

While Uber has announced flying cars the air force is really for force behind making flying cars.  The air force has formed a new research and development program to try to push forward to advance the market for air mobility vehicles.

What will these flying cars even look like?  They are expected to have wings and possibly a propellers sort of like drones.  Another cool feature the cars many have is they might be able to drive on the streets and highway and also fly in the sky.

One huge problem with the cars is that the price for one could exceed $300,000.  This would mean that the average middle class person or family would not be able to afford even one of these.  Also no one knows how the “streets in the sky” will work out or who will design them.

There are many obstacles that will come with flying cars but one thing is for sure and that is they will eventually be available to the public.  Within three years flying cars could be found in dealerships across the United States and maybe even the world.