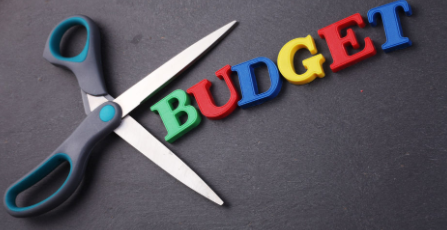 Last week, Governor Mike DeWine announced sweeping budget costs to the State of Ohio. According to the Gov. DeWine,  the cuts were the direct result of loss revenue caused by the Coronavirus.

According to the Lakewood City School Districts spokesperson, the district will lose $1,104,454 for the financial year of 2020, which ends June 30th. Other area schools such as Avon and Shaker Heights, told the Lakewood Patch that they anticipate additional budget cuts in the next coming years.

The superintendent of Lakewood City Schools, Micheal Barnes, stated, “We are still determining what the impact will be of this significant cut. Nonetheless, we are committed to providing the best quality education possible for the rest of the school year. Our students deserve no less”.

Governor Mike DeWine said he did not want to delay making any budget cuts and potentially make future cuts way more painful then they already would be. DeWine also declined to dip into the State of Ohio’s $2.7 million rainy day fund because the state may need those funds in the next coming years.

Last week, Gov. DeWine announced the cut of nearly $1 billion dollars for Ohio. Of the $1 billion nearly half of it targeted public education and Medicaid.  In the next two months, Governor DeWine said the following needed to be cut:

That right there, is so much money that is just cut out of no where. A lot of that money helped many people in the State of Ohio so it will be a very big change.  Although this money will go towards the fight towards the Coronavirus, these cuts will be hard to overcome.