My Plan for Life 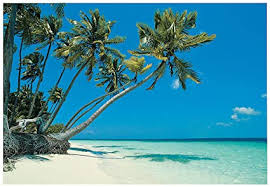 Ever since I could talk and understand human interaction, I have been told that I should go to college. I feel as though it is the same for many other people out there. We are constantly told that college is the answer and parents and teachers alike sometimes infer that is the only possible route out there.

For a long time, college is what I thought I would do, I had no idea what I would study, or where I wanted to go, but I thought that was the only option I had. But, as for me, I found an option that much better suites me. That option was the armed forces. Something in there appealed to me like college never could. I felt drawn to it. It felt like I was already a soldier. Like I already went through boot camp and was sitting in the barracks with my buddies.

College isn’t the answer for me, its the military. If I am lucky, they will allow me to stay in there until I’m about 48, then they will most likely kick me out. After that, I want to travel for the rest of my life. I most likely will not have a home, more just drifting, using the money I saved to get me from place to place. I could buy a boat and sail the world. That is my dream, and I hope that my life goes according to plan. I doubt that it will though, because nobodies does.

But, I am going to give it my best shot. That is all I can really ask for.