West Coast Wildfires and the Deeper Problems They Point to. 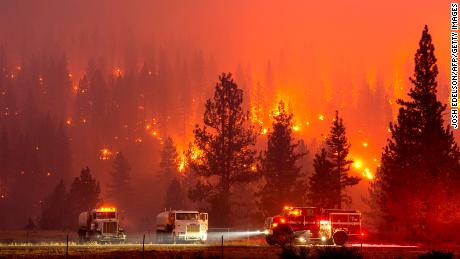 While wildfires continue to ravage through the West Coast, California continues to take most to the damage. There are 41 wildfires, and counting spreading throughout California, Oregon, and Washington.

One of the largest fires LA county has ever seen, the Bobcat fire, is only about 15% contained and spans nearly 100,000 acres.

The record-setting wildfires have taken a toll, and 500,000 people have evacuated for Oregon alone. A shocking number of at least 14 people have died, and officials are still searching. A firefighter also died last week battling a blaze 80 miles east of LA called El Dorado.

“My aunt is quarantined in California right now, it’s so bad they can’t open their windows or go outside for a breath of fresh air. It is extremely devastating and I hope it gets better soon,” says junior Teeghan McGann.

These wildfires point to a far larger issue, however: the climate crisis. The growing severity of extreme weather in the past decade includes hurricanes, such as hurricane Sally, which spent an unprecedented amount of time in the Gulf of Mexico, and made landfall in the U.S. on the 16th.

And, while the climate crisis continues to worsen, President Donald Trump presents a big issue: he continues to deny and ignore the problem. Beginning with withdrawing from the Paris Climate Agreement, and most recently saying troubling things such as, “it’ll start getting colder” and “I don’t think science knows, actually.”