Biden and Trump in Cleveland 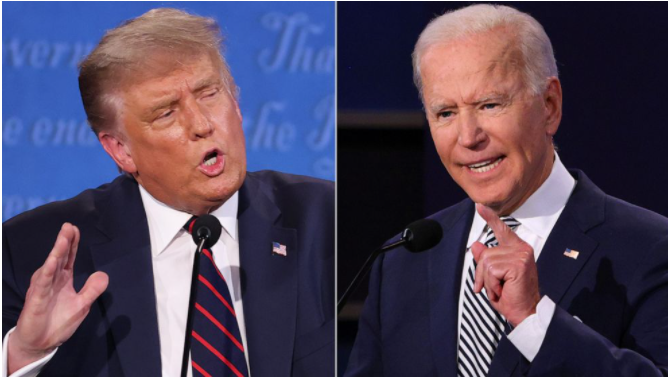 On Tuesday, September 29th was the first of three presidential debates held at our very own Case Western University. The moderator is Fox News Sunday anchor, Chris Wallace. He had Trump and Biden discuss the following topic: Trump’s and Biden’s records, the Supreme Court, COVID-19, the economy, race and violence in U.S. cities, and the integrity of the election (the topic of integrity in the election came up due to Trump’s recent statement about how he will not respect a peaceful transfer of power if Biden is elected).

According to the Washington Post, as of September 24th, a national poll showed that Biden and Harris are in the lead: 53% to 43%. This poll also shows that amongst males, Trump is leading with 55% to 42%, however, amongst females Biden is leading 65% to 34%.

The candidates stood 6 feet apart at their podiums and the small number of members in the audience had to wear masks. As the debate began, it was soon apparent that this debate would not be two professional men, who could hold great power, defending their ideas and qualities as leaders; it would be two men throwing insults back and forth and talking over each other, only talking about things they have done in the past and barely mentioning future plans.

Senior Kevin Harshman says, “The debate sucked because there was very little discussion of policy and an overwhelming amount of unnecessary noise.”

The events of last night’s debate, although disturbing,  have many wondering: Is this really the best America has to offer?