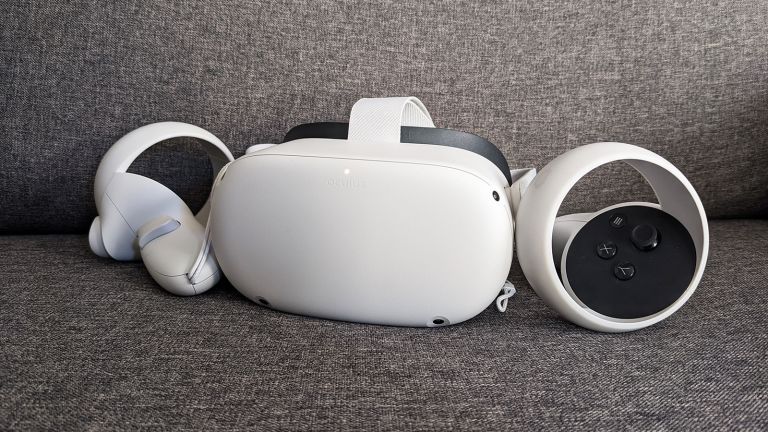 Facebook has created a new virtual reality headset, called Oculus Quest 2. It is an improved version of the original Oculus Quest coming out on October 13th, and it is available for pre-order now.

VR is the next generation of gaming because it is much more immersive than playing on a regular TV or a monitor. You get to actually be inside the game, and you get to use your hands to do things, instead of a controller and one screen.

This headset is going to have titles such as Assassin’s Creed, Pistol Whip 2089, The Walking Dead, The Climb 2, and much more.

Many things were improved with this new headset, such as a new color. The Oculus Quest 2 is going to have a black and white theme, and it is going to be primarily white, instead of the black and grey theme from the original Oculus Quest.

It is also more comfortable and more accessible than the original Oculus Quest. The Oculus Quest 2 is also 10% lighter, so it will be easier on your head and neck when you wear it for a long time.

There are also only three settings for the IPD, instead of a gradual slider, so you don’t have to measure your IPD and put it in yourself. This makes setting your IPD much easier.

The Oculus Quest 2 also has new pads on the sides, so they let in less light, so using this new headset is a much more immersive experience than the original Oculus Quest.

This is unusually low for a quality VR headset. The best VR headset on the market right now costs about $1,000. “I can’t wait! I am definitely buying this right when it comes out”, says Belle Orlando, a sophomore at Lakewood High School.