Is It Really a Social Dilemma? 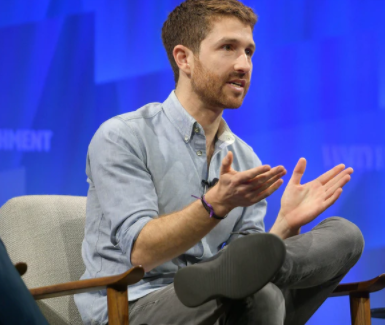 Cell phones: the gadget that allows us to stay connected while simultaneously tearing us from the real world.

Cellular devices are possibly one of the biggest controversies in today’s society as many believe they are ruining generations with “fake news” and propaganda; in contrast, some believe they are the world’s greatest gift — a tool that will pave the way to the future and help the greater good.

In early January, Netflix released a documentary written by Davis Vickie and Curtis Orlowski called “The Social Dilemma” in which they go into great detail about “the dangerous human impact of social networking.”

Tristan Harris says, “If you’re not paying for the product, then you are the product.”

Senior Kate Healy was very enlightened by this documentary saying, “I think I was just glad it had real people that worked in these companies because when they’re the ones telling us how toxic the media is, you actually get motivated to make a change in your life.”

One of the most concerning pieces of information that was provided in the documentary was that the manipulation of human behavior for profit is how many companies are advertising. With infinite scrolling, and advertisements marketed specifically for you…  these marketing techniques can influence our actions and thoughts so easily making us more vulnerable to propaganda and advertisements.

The main goal for these companies is to extract as much information from each individual as possible, which, in turn, will personalize the feed you see on your phone.

There is much concern recently with accusations that our personal data is going to be used against us, to manipulate us. Orlowski even goes as far as to say, “The internet is undermining democracy. These platforms are changing our society and our civilization.”

The documentary touches on how social media is widening the gap between democrats and republicans and ultimately destroying democracy.  Because the information we see on our phones is personalized to specifically engage us, we only see one side of the information presentented to us which makes it that much easier to spread fake news and propaganda.

But in this day and age, everything is fake news. You can never completely trust the information you receive, whether its from Instagram, Twitter, or your favorite news channel… it is all manipulated so you might as use the information that is right in front of you.

I personally do not believe our generation to be as malleable as we are said to be in the documentary. While we may be a generation addicted to our phones, I do not believe it is as dangerous as described in “The Social Dilemma.”

We are the generation who has grown up with these devices our whole lives and I think we have a much better grasp on how to filter infotmation and form our own opinion than the documentary led to believe.

I do not think people are actively looking at our information. Do you really think government agents are that concerned with the photos in your camera roll, or the videos you liked on TikTok?

Not to mention, there are way more important things going on in the world, such as the Black Lives Matter movement, and the corruption in the government, that need our attention much more than focusing on being worried of a hypothetical situation where our information would be used against us.