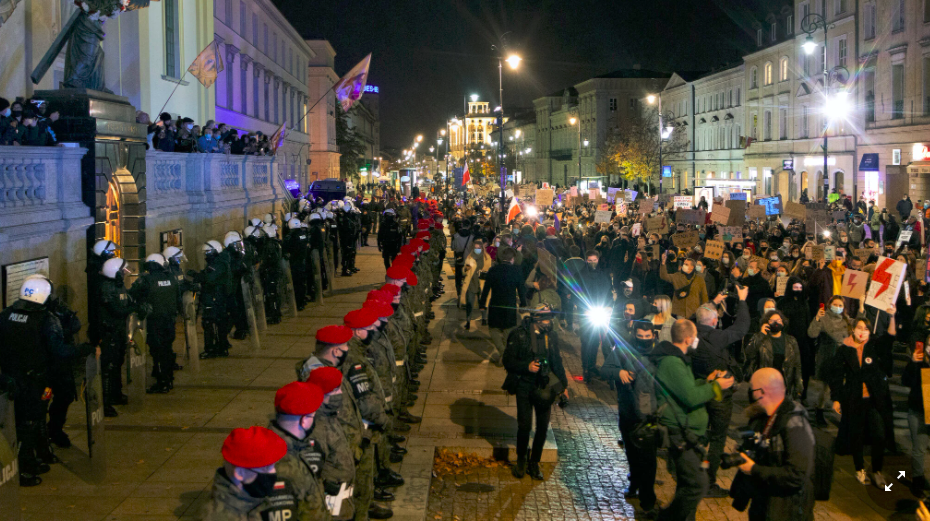 Tens of thousands of women gathered at Warsaw, Poland’s capital,  to protest a recent court decision to outlaw nearly all abortions, starting an uprising throughout the country.

The women of Poland took to the streets covered in red lightning bolts, which have become a symbol of the movement and blaring Darth Vader’s theme song from StarWars. They were joined by countless other groups and thousands of men who believe that the freedoms the Polish people have fought so hard for during the post-communist era are slowly slipping away under the increasingly despotic rule of the Law and Justice Party.

The protests have remained quite peaceful, although an overwhelming amount of police presence entered the scene on Friday causing many concerns among protesters that violence could break out at any moment.

The country has not seen an uprising this great since the solidary movement in the 1980’s that led to the collapse of the communist government. The people of Poland worry that the fight for freedom will never end and this tyranny will rule over their country for decades.

The Prime Minister, Mateusz Morawiecki, urged people to stay home due to the pandemic. But, nevertheless, the people of Poland know that if they don’t fight now, their rights will be gone forever.