Love is All You Need? 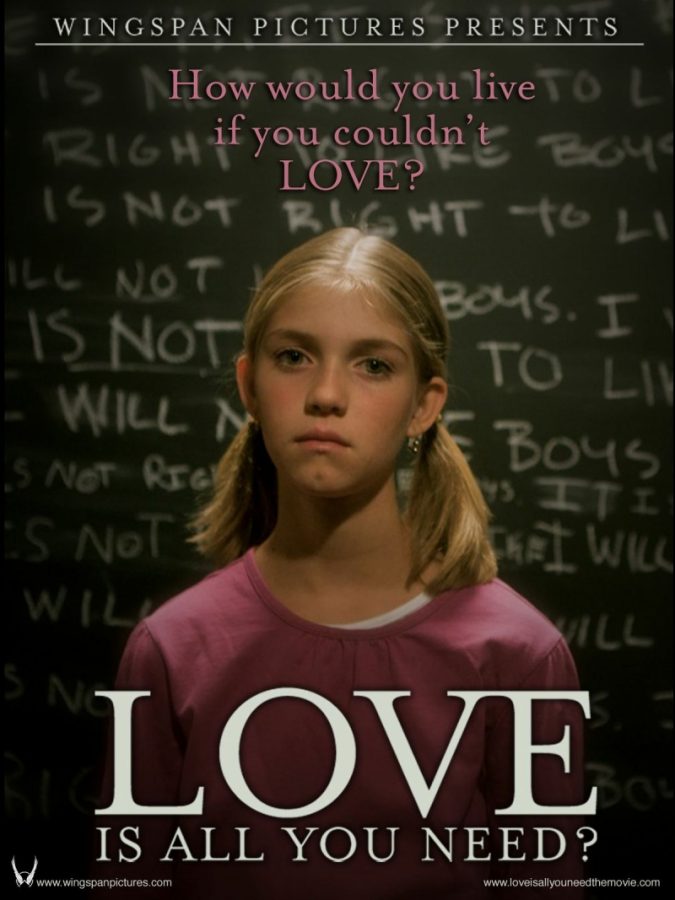 October 27, 2016, Club Identity will be holding a viewing of the movie Love is All You Need? A film directed by Kim Rocco Shields. The film is her creation as a combatant against bullying and a full version of the short published years ago by her. After the showing of the film, a panel featuring the crew and cast will be held and open for questions with a meet and greet at the end.

The movie depicts a world where the societal norms are swapped for where homosexuals are the majority. The main character, a young girl named Ashley, is born in a normal family. She has two mothers and a little brother. Then she notices at the age of five that she has an attraction to boys over girls. Then it leads her into a stage of bullying and depression.

Mr. Overholt, the teacher who runs the club, hopes that the movie will allow allies who have trouble empathizing with lesbians and gays to understand due to the new looking glass placed on the issue. Even if it is a few hours of reflecting, he feels it will be a way to shed a new light on the issue and bring a bigger understanding of the bullying and societal ridicule lesbian and gays face in their lives. Especially youths who are in more often exposed to peers.

The movie is free admission for all students, five dollars for adults. It will be at 7:00 pm in the Civic Auditorium.