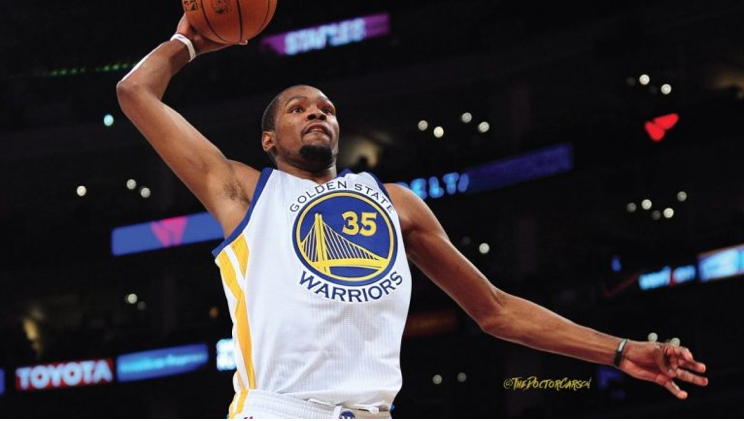 The Golden State Warriors have announced on the date  Wednesday March 1st Kevin Durant will be out indefinitely with a MCL sprain and bone bruise. There is not an exact date for Durant’s return but there is a chance he could return before the end of the regular season. If you are a Cleveland Cavaliers fan this is great news! As we all know the warriors after having a historic season blew a 3-1 lead in the finals to the Cavaliers. The chances for the cavaliers to win this season were looking a lot slimmer when the warriors acquired the superstar free agent Kevin Durant. The warriors have been dominating the league as they were last year. Although the cavs have been at the top of the east they are still struggling with finding their playoff team to make a run. With injuries to key players like J.R. Smith and now Kevin Love the Cavaliers have been struggling. They have added some key players to help on their run those players are Derrick Williams, Deron Williams, and Andrew Bogut. Now with J.R. Smith coming in the next week or so, the new editions to the team and the warriors without Durant,  the cavs are looking to take their playoff run to another championship for Cleveland.