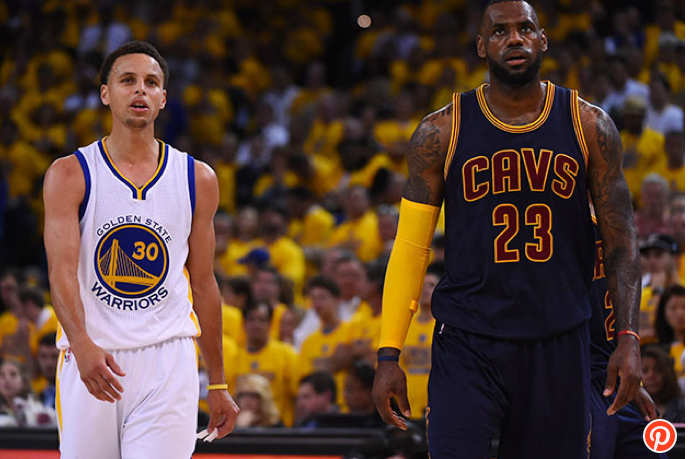 LeBron James is a basketball player from Akron, Ohio. LeBron plays for the Cleveland Cavaliers. He was born December 30, 1984, 32 years old an 6’8 feet tall. LeBron is married to Savannah Brinson and have 3 children together, Zhuri James, Bryce Maximus James, LeBron James Jr. In 2017 he also have a salary of 30.96 million.

Stephen Curry is a basketball player from Akron Ohio. Stephen Curry plays for the Golden State Warriors. Curry was born on March 14 1988, 29 years old and 6’3 feet tall. He is married and have one daughter, Riley Curry. In 2017 he also have a salary of 12.11 million.

Many players call Stephen Curry as the best shooter in history. He set a record so many times and won the first championship in 2014-2015. In his first game he scores 14 points. In 2011-2012 he got injured and had a surgery in his ankle but it healed  before the campaign. On february 22 he stained e tendon and had another surgery, but nothing stopped him to play and win the games. In April 9 he broke his own league record for three-pointers. He was and is the best player of the Warriors and on of the best basketball players in NBA history.

James was playing for the Cleveland Cavaliers in 2003-2004. In his first game he scored 25 points, setting the NBA record for the most points scored in a game. LAter on LeBron James got an offer from the Miami Heats and he went there. Cleveland started to hate LeBron so much because he left his own state. LeBron returned with Cleveland Cavaliers in 2014 and made us so proud. Cavaliers played vs Warriors for the finals and we won. That was the first Championship we won after 52 years.