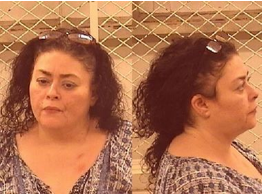 The grandmother Caraballo was known to be prescribed with methadone.

Caraballo is currently a recovering heroin addict who takes the methadone drug daily. This is why the police really think the grandmother ties into the death of Noah.

Police reports say doctors at MetroHealth found methadone in the boy’s system. Caraballo babysat Noah that Monday while the mother at work.

The boy’s mother came home around 1p.m. and said Noah was being “sad and clingy.” Noah asked his mother to stay home for the rest of the day.

At 3:30 p.m.  Caraballo texted the mother that Noah seemed sick and maybe needed to go see a doctor. At 7 p.m. the mother returned come to check on her son while he was sleeping.

About 3 hours later, she found Noah laying in the crib unconscious. She rushed Noah to the MetroHealth to find out her son passed away later that day.

Caraballo turned herself in lat night Thursday, she is being held in the city jail until her first court appearance, which has not yet been scheduled. The Cuyahoga County Medical Examiner has not yet ruled on Noah’s death.