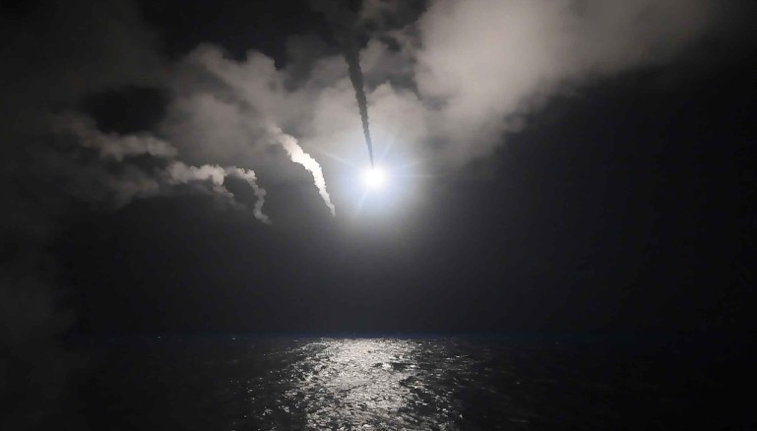 On the date April 6, 2017 the United States launched a missile strike on the Syrian government air base.  This missile attack was a response to the chemical weapon attack that killed dozens of citizens by the Syrians earlier in the week.

This attack on Syrians was ordered by Donald Trump. The U.S warships were ordered to launched 59 tomahawk cruise missiles.  These missiles were targeted at a Syrian airbase that was were the warships that carried the chemical weapons were located.

This attack on the Syrian is the first direct military attack action taken by the United States against the Syrian president  Bashar Al-Assad since the country has been in its six-year long civil war. In the air strike six people were killed. Russia condemned the strike as a ”act of aggression”.

On the other hand Assad’s office calls the ”strike a disgraceful act” and ”short sighted”. Hours after the launch United States President DOnald Trump announces ”Tonight I ordered a targeted military strike on the air field in Syria from where the chemical attack  was launched.

Trumps reasoning is that Syria used banned chemical weapons and they violated its obligations under the Chemical Weapons Convention. They also ignored all urges from the  United NAtions Security Council.

I’m not a huge fan of Donald Trump or what he believes in but in this situation i feel he made a good decision. In my opinion it was good because he can’t just let this go unnoticed and destroying their supply was a smart move and now we wait and see where this situation will lead.