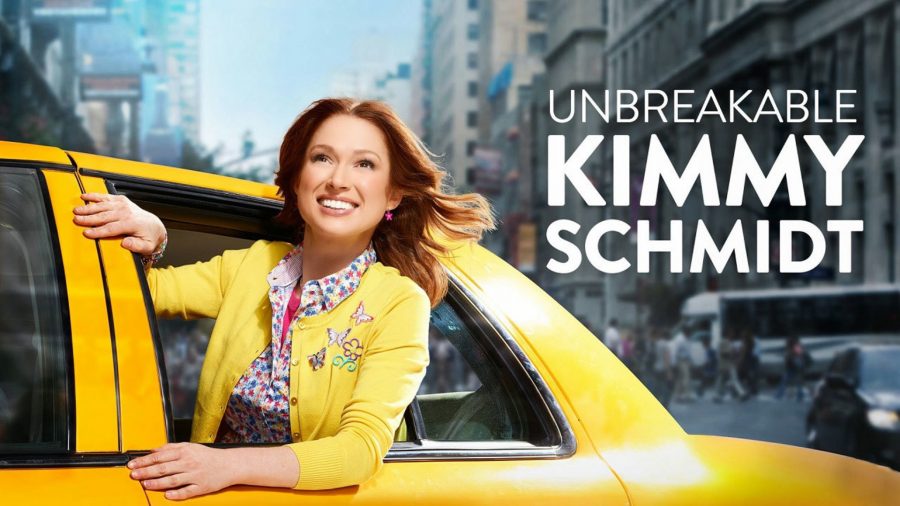 Looking for an Emmy-winning hilarious Netflix series? Then, look no farther because Unbreakable Kimmy Schmidt is the critically acclaimed show for you! You can binge-watch with ease since two seasons are already up on Netflix, plus the third season is coming soon. You can check out the newest trailer on their Facebook, Twitter, and YouTube.

It stars Ellie Kremper, Broadway favorite Tituss Burgess, and Tony winner Jane Krakowski. Unbreakable Kimmy Schmidt is about the 29 year-old Kimmy (played by Kremper) adjusting to life after having spent 15 years underground in Indiana. Kimmy and three other women were held in a cellar after being told that Doomsday was upon them. “Doomsday” being the end of the earth. However, this was a lie that the Reverend told the victims which they found out about after escaping with the help of some police officers. Kimmy being her determined and optimistic self  sets out to make up for her lost time. She moves to New York City, and befriends her struggling actor roommate Titus, and humorous landlady Lillian. She gains a job as a nanny, and although she struggles to keep up with the numerous high demands her boss gives her, she pushes through it.  Being that Kimmy was only in 8th grade when she was trapped underground she is committed to going to her G.E.D classes to be a high school graduate.

There are a ton more interesting and plot twists to the story as well a catchy theme song and music videos, but I don’t want to give it all away! You will just have to watch to see! Make sure you get all the episodes in before season 3 airs on Netflix on May 19th.