Athlete of the week- Sophia Murphy 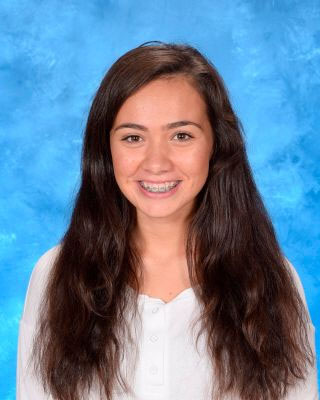 This week Sophia Murphy shines, and has been nominated as the featured athlete of the week. Sophia plays softball and volleyball for the Lakewood Rangers. She is the starting third baseman on the junior varsity squad, and is one of the captains on the team.

Recently the team went on a hot winning streak but it was ended by a crushing and close loss to Avon 13-10. Sophia had two singles on the night, but it wasn’t enough. Sophia has been hot all week leading her team in hits and accumulating more than a handful of doubles. When asked about her leadership and contributions to the team she stated, “I think this group of girls are really close and am glad to be a part of it. I don’t see myself as a leader. I see myself as a good teammate.”

The Lakewood girl’s softball team previously went on a trip to Tennessee for a softball tournament. We asked Sophia about her experience. “I loved Tennessee. It was beautiful there and the fields were really nice. Even if we didn’t win it all, we spent a lot of time together as a team, and we had a lot of fun. I wouldn’t want to go there with a different group of girls.”

Sophia Murphy had a great week in Tennessee, leading her team to a 1-1 record at the national tournament. She had a handful of hits and good plays but one major highlight was her triple in the game they won. Sophia plans on taking her excellent play to varsity next year and hopefully have a winning season.