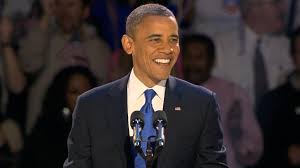 Former President, Barack Obama, has returned from his time off and traveled back to his hometown, Chicago, Illinois. While visiting Chicago, Obama spoke to college students at the University of Chicago.

During his speech, Obama told the students to be involved in issues that they are passionate about, instead of being cynical. Especially in this day of age, volunteering or participating with groups that support an important issue is more effective than starting a Twitter fight about it.

Obama alluded to the Trump’s administration several times without directly mentioning it. His comments about the younger generation changing politics was directed to changing what the government is now.

Social media was also mentioned during his speech. Obama warned the students that “Twitter wars” and offensive posts are tearing society apart. He stressed how important it is to remain united and work together.

After his visit to Chicago, the Obama’s will remain living in Washington D. C. until the youngest daughter graduates high school. Both Michelle and Barack plan on being active in the Democratic party and their community. Both will also be writing books in the future.