Cavs move on to Next Round 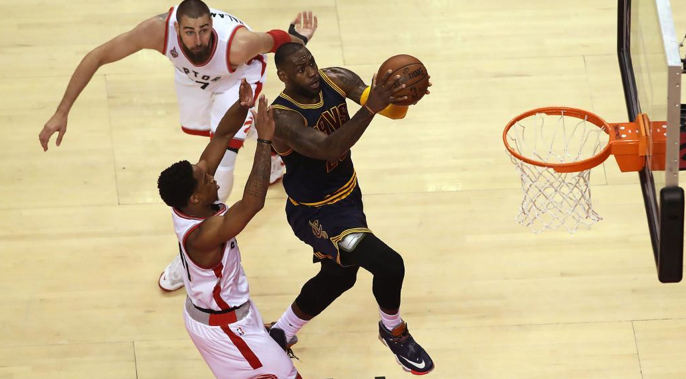 Playoff season in the NBA is finally here and once again the Cavs continue to excel in this time of year. After sweeping the Indiana Pacers in the 1st round of the Eastern Conference Quarterfinals, the Cavs move on to the second round to face the third seeded Toronto Raptors.

In their four-game sweep over Indiana, the Cavs averaged 112.8 points, while shooting a combined .483 shooting from the field, including .403 from the three-point line. The 112.8 points is a franchise playoff record for a single series according to Elias Sports Bureau.

Even with the Cavs’ struggles this year during the regular season, they seem to be in good shape during the postseason by really setting the stone for who they are as a championship caliber team.

However, the Toronto Raptors would be a tougher matchup than Indiana considering the depth the raptors have as a roster with players including rising stars Demar Derozen and  Kyle Lowry and defensive powerhouse, Serge Ibaka.

After last night’s Cleveland win against the Raptors that resulted in a 105-116 victory, the Cavs look to be in good shape throughout this series. The ultimate key however, is being able to stick to the game plan that was ran in Game 1.

With stats like this coming from the Big 3, this series for the Cavs could be a breeze and then eventually advance to Eastern Conference Finals in the future.