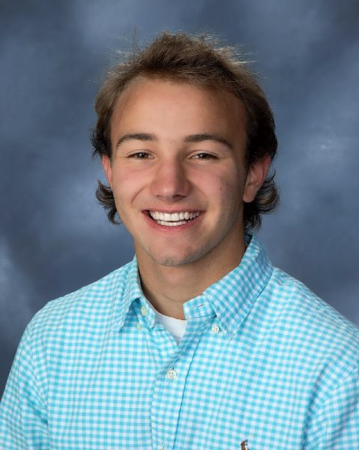 Justin Beach is a senior at Lakewood High School and this is his fourth year on the baseball team. This year is Justin’s third year on the varsity team where he plays shortstop, and has been playing the sport since he was four years old. He says baseball runs in his family, and he has made some of his greatest friendships through the sport. He has played on three other baseball teams besides Lakewood in his high school career: Canes, T3 and the Heat. Justin also tried something new this year and decided to add soccer to his senior year where he played JV just for a fun time and to stay in shape.

The baseball team this year has a solid record of 6-6 and still has games to come. Next they play Midview and we are looking for a win as the season begins to come to a close. Next year, Justin will be attending Cuyahoga Community College next year with a major in business. He says intends to continue his baseball career there while working to get his degree. Justin has had various injuries in his baseball career in his shoulder and elbow resulting in a few surgeries, but with the help of physical therapy he says he is doing a lot better. Right now baseball is Justin’s main focus, but he is also an AP student and participates in the business management WestShore program. Also, Justin previously attended Our Lady of Angels for grade school and made the switch to Lakewood schools after eighth grade and we are so happy to have him.