Keeping Up with the Cavaliers 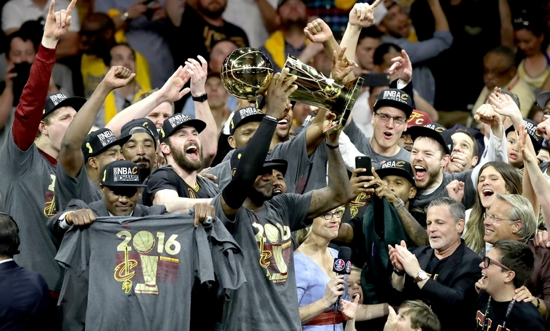 Last year in 2016 on June 19th, the Cleveland Cavaliers took the title as Champions *cue music* as they defeated the Golden State Warrior (who also blew a 3-1 lead) with a score of 93-89. It was also the first major spots championship title since 1964! Except we’re coming back this year to keep the title.

Started off round 1 by sweeping the Indiana Pacers which moved us forward to the Semi-Finals which we are now 2-0 with the Toronto Raptors. Tonight we will be playing against the Raptors for the 3rd game in the Semi-Finals and after winning two more games, we’ll be moving forward and the Cleveland Cavaliers will be playing either the Boston Celtics or Washington Wizards depending on who wins their semi-finals game!

So wear your socks pajama’s inside out and knock on wood anytime you get a chance for the rest of the season fans!

Here today I have Senior,Tyler Winchell who has been a Cavaliers fan since the day he came out the womb! Here’s a quick Q&A on Tyler’s opinion so far on the season and playoffs.

Who’d you like to see play this summer during the Finals?

In my opinion I’d enjoy seeing the San Antonio Spurs and Cleveland Cav’s play, but realistically we all know it’s going to be the Warriors and Cav’s for the 3rd time.

What changes do you think should be made before the Finals?

Throughout the playoffs the Cavs defense has gotten a quite bit better, but overall the defense isn’t what won them the title last year.

In your opinion, who do you think should be MVP for the 16-17 year?

I believe it’s going to be Russell Westbrook, but I’d like to say Lebron James but he hasn’t done anything extraordinary he receives the title for the team as Champions and then he’d more than likely win Finals MVP.

Thank you Tyler! Tune in tonight at 7PM to watch the Cavs Defend the Land!