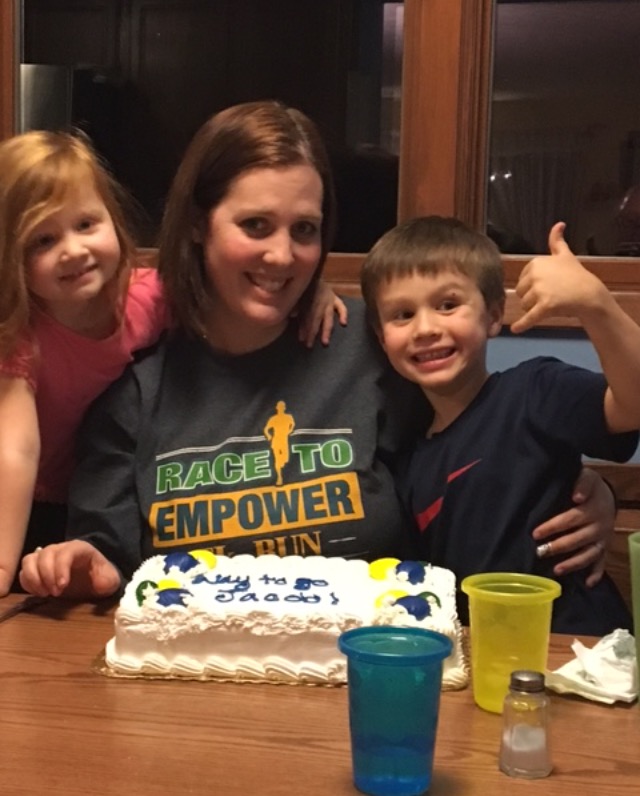 Anybody who knows of or has Mr. Ebner as a teacher has heard about how special his grandchildren are.

Last summer his oldest grandson, Jacob Ball, made a video imitating his favorite show, American Ninja Warrior. This video was then submitted and posted on to the American Ninja Warrior website. It was such a hit that they personally invited Jacob and his family to be their special guests at the episode that they are filming in downtown Cleveland  on Wednesday, May 10th. It is set to air some time in July.

Jacob is indeed a very special warrior. When he was still less than two years old, he started to have seizures and had an operation because of it. During the operation, he had a stroke that left half of his body very weak.  He has been working hard in physical therapy since and has regained a lot of his strength but does not have much function in his fingers.

For Those of you who don’t know, American Ninja Warrior is an American Sports entertainment competition. The series first aired on cable channel G4 on December 12th 2009 and was so well liked that NBC took it over. It consists of a series of extremely difficult obstacle courses, similar to Sasuke in Japan.

This is a once in a lifetime opportunity for someone who truly deserves it. Congratulations!