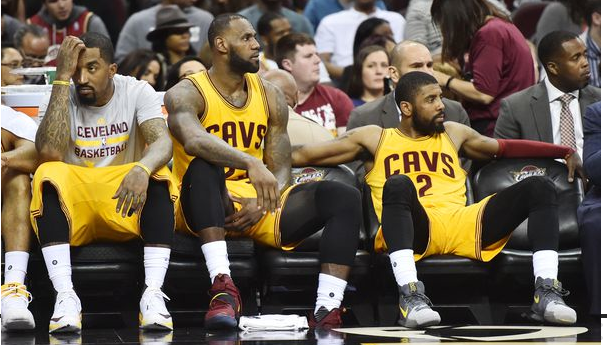 The Cavaliers started out the playoffs at an unbelievable pace. They started out facing off against the Indiana Pacers started that series off on a strong foot. They went on to sweep them.

The Cavaliers started off 4-0 in the playoffs as they had a break before they faced their next opponent the Toronto Raptors. The Cavaliers continued their domination throughout round two of the playoffs. They finish out the Raptors with a sweep with the help of an injury to Toronto Point Guard Kyle Lowry that kept him form competing for the rest of the series.

The Cavaliers finish the Raptors off by winning 4 straight games and moving on to the conference finals. The Cavaliers now improve their  record to 8-0 in the playoffs with stunning fashion. The Cavaliers awaiting their next opponent received about a week and a half worth of rest.

The Boston Celtics defeat the Washington Wizards in a great game 7 and move on to compete against the Cleveland Cavaliers in the Eastern Conference Finals. There was controversy over if the Cavaliers are too rested and will be rusty or if the can keep up their dominating performance. All Critics were shushed when the Cavaliers win the game 1 and hand the Celtics a complete slap in the face with 41 point beating in game 2.

The Cavaliers improve their record to 10-0 and are looking like they can go undefeated all the way to the finals. Then news comes around that Isaiah Thomas Celtics point guard is out for the rest of the season. It seemed there was no way the Celtics could have a chance and game 3 they surprise the nation with buzzer beating victory in Cleveland. Changing the Cavaliers record to 10-1 and giving Boston fans some light.