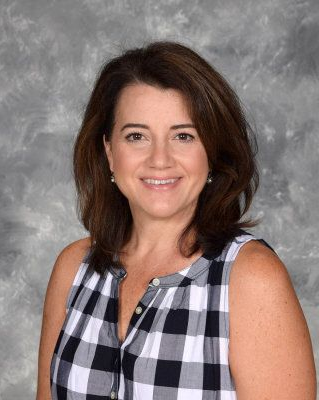 To students, a teacher may either be one’s worst enemy or a friend they carry past graduation and return to. If the latter comes about, many start to think they know the teacher well. The relationships could even shape a student’s career path.

But what do students really know about their teachers? Do they know why the teacher is there? How their life as a student themselves was? Their experiences, their failures, their successes—all that led them to being the person up at the front of the room trying to get us further in life.

“I never wanted to be a teacher. I always wanted to be an art curator or an anthropologist,” Jennifer Lewis, Advanced English II and English I teacher at Lakewood, started her story. Many people imagine a story of someone going from childhood to being a teacher. Some were just born to teach. However, that wasn’t Mrs. Lewis’ case.

She later explains how she was law school bound later in her college years, pulled from her dream careers by her parents as they feared the path she was setting up would not translate to a career. Law school was a close reality as Lewis was accepted in Cornell Law. What kept her from that path was her then fiancé who was also an aspiring law student. “[He] told me that if I was going to be his wife…that he wanted me to have a career where I could be home with the children,” Mrs. Lewis, no malice or anger, as she recollected.

She had left that path by his wishes, only to break off the engagement in her second semester of senior year of college. There she was, left her old plan and now separated. There she felt haste and quickly worked to get her teacher credentials. “I had already taken English classes and I loved literature. I thought that was the easiest route,” she explains throughout the story.

There the job took her from teaching in various states, one including Tennessee. She taught across different classes, from private to public. She taught from esteemed students to being a teacher that helped struggling college students with their reading and study skills. Nine years of teaching landed her into Lakewood High School where she still resides in room C208.

“I realized it was my dream. I love working with young people. I love the idea of getting up and talking to people,” she went on with a smile and a sparkle in her eye. Around her students clamored and worked on their projects.

When asked what she had to say to fearful students worrying about their major in high school, she had this to offer: “You’re not supposed to know [what you want.] How would you know you’d be interested in journalism if you’ve never taken a class? You don’t know. … You have to keep an open mind, and don’t let other people—especially parents—push you into something you don’t want to do because it’s secure.”

Not to just tell an interesting story of a young woman’s path to her present, but to also reassure students that uncertainty is the promise of teenage years. That it is okay for even the author to have no idea of what path to take come college and life after schooling,