The War on Terror: 16 Years Later 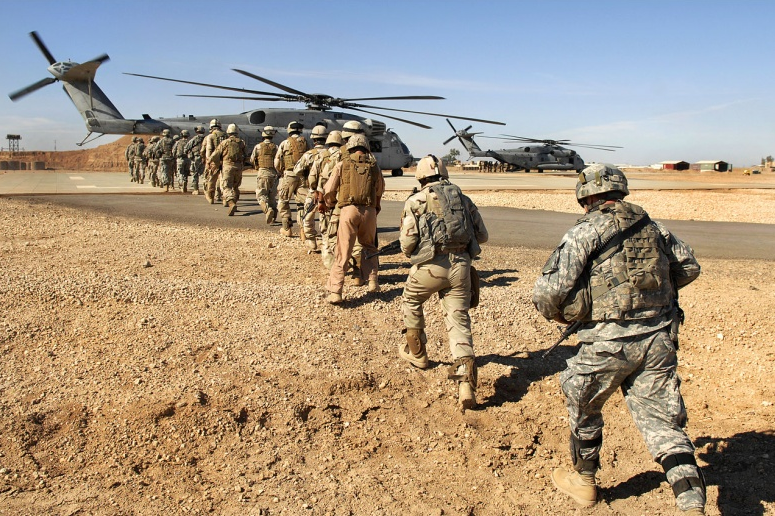 On Monday, we observed the 16th anniversary of the September 11th terrorist attacks and remembered the victims and all those affected by that tragic day. In response, to the terrorist attacks, the United States launched an invasion of Afghanistan in October of 2001 to search for and find those who were responsible for that deadly day. Some time after September 11, Osama bin Laden, leader of Al-Qaeda, claimed responsibility for planning and coordinating the attacks that killed nearly 3,000 innocent Americans.

In the years after the September 11 attacks, the wars in Afghanistan, Iraq, and now Syria have become collectively known as the War on Terror. Today, the War on Terror, while still real and existing, is much smaller and much less dangerous than it was the first few years following the invasion of Afghanistan, and the United States has made significant progress and achievement.

The War on Terror started with the 2001 invasion of Afghanistan, looking for Osama bin Laden and trying to find and eliminate Al-Qaeda and Taliban operatives and networks. For the following years, the U.S. and its NATO allies battled back and forth with Al-Qaeda and Taliban insurgents. In December of 2001, the Taliban Government was overthrown and a new Afghan government was established, with the help of the U.S., under the leadership of Hamid Karzai, who would be officially elected President in 2004.

Two years after the overthrow of the Taliban, the U.S. launched an invasion of Iraq in 2003 in search for weapons of mass destruction. In December of 2003, Hussein was captured by American forces and was handed over to the interim Iraqi government. The invasion ultimately led to the overthrow and hanging of Saddam Hussein for crimes against humanity in 2006, and allowed for Iraq to establish a new and democratic government with the help of the U.S.

In response to another Taliban insurgency, the U.S. and their alliance began conducting missile strikes from unmanned drones in the tribal areas of Afghanistan as well as Pakistan, where intelligence showed that terror cells were presenting and where new ones were starting to form. Then on May 2, 2011, a team of U.S. Navy SEALS and other Special Operations conducted a raid on a compound in Abbottabad, Pakistan that killed Osama bin Laden. Bin Laden’s death marked a key point in the War on Terror, and led then President Obama to order significant troop withdrawal from Afghanistan.

Today, the War on Terror takes on a different form than it did in its beginning stages in 2001 and 2002. While we have defeated many enemies, new ones have taken their place on the battlefield, forcing the U.S. to continue to have a permanent presence in the Middle East, putting more American troops in harm’s way.

To ultimately win the War on Terror, the U.S. will need more support from their NATO allies, and a firm commitment to seeing it through to the end, no matter when that might be. We can’t pull our troops out now, as there is still more work to be done, but 16 years is far too long to be fighting the same fight. The U.S. needs to commit more troops to the fight, and invest more in new technology, to gather intelligence to help commanders make decisions, and to help our troops on the ground execute those orders to the highest degree.