To Juul Or Not To Juul? 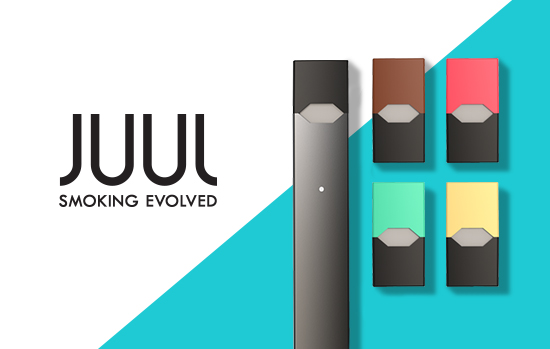 For those making a choice to quit habitual smoking habits, electronic cigarettes may seem appealing when ending addiction. “Vaping” and cigarette alternatives are modern trends that have been instrumental in helping people transition away from the habit that increases risk for lung cancer, heart disease, emphysema, and chronic bronchitis. Recently in 2017, a new smoking commodity has been making popular presence to not just those quitting cigarettes, but teenagers as well.

While their parents generation may have been sneaking cigarette breaks, post millennial teens have found a new way of ingesting nicotine: Juuls. The electronic cigarette has proven to be a hot commodity on the market, finding its presence in the hands of teenagers across the United States. Director of Center for Disease Control, Tom Friden cautions the detrimental effects by asserting , “The increased us of e-cigarettes by teens is deeply troubling…nicotine is a highly addictive drug. Many teens who start may be condemned to struggling with a lifelong addiction.”

Besides the easily-addictive nicotine found in tobacco products, e-cigarettes contain harmful components including fine particles of nickle, tin, lead, and formaldehyde–the key ingredient linked to cancer. The use of tobacco products during adolence has been found to harm the developing brain–affecting memory and attention. With 3 million United States students currently “vaping,” the numbers continue to rise each year.

Although e-ciggarettes remain larely unregulater, lawmakers are scrambling to adapt with the ever-chanign techonogy. Govenor Andrew Cuomo alongside the New Yrok State Department of Health, proposes a $12 tax on 30 militer bottles of vaping liquids and a ban on vaping indoors.

The golden question arises: why are electronic cigarettes so popular amoung the teenage demographic? Tim McAfee, director of the US Center for Disease Control and Prevention says the increase “shows the power of 21st century marketing.”

The presence of the Juul is increasing among teenage interactions as a “safer” alternative to social smoking.  But when assessing the detrimental effects that directly mirror that of cigarettes, pass on the Juul.