Baseball Season Comes to a Close for Cleveland 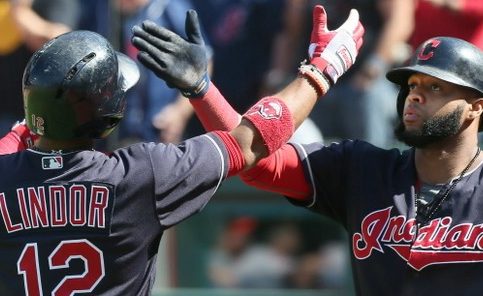 On October 11, the Land said goodbye to its MLB team for the 2017 season; after loosing to the New York Yankees 5-2, the Cleveland Indians will not be moving on towards the American League Championships or the World Series.

Nonetheless, their year has been one for the record books. According to NPR, they won 22 consecutive games, breaking the American League streak record and stopping just four wins shy of meeting the MLB record.

The devastating loss also fails to eclipse the loyalty and passion expressed by fans of the Tribe as displayed October 12, the day after their loss.

“A little under 24 hours and it still hurts but thank you @Indians for an incredible year filled with amazing memories,” tweeted Twitter user, @scottguise.

“Wish last night was different, but I love my @Indians and we’ll be back next year. #RallyTogether always,” added another user, Erica Hermosilla.

Members of the team themselves have also voiced their gratitude for the successful season and the commitment of their followers, as well as their devastation over being beaten by the New York Team, such as Carlos Santana.

“Ugh. Heart hurts. Wish we could have done more for you Cleveland. We gave it our all,” said the first baseman and catcher.

The team’s Twitter account sent out a message to their supporters after their defeat by the Yankees, saying “Our memorable season comes to an end. THANK YOU for all your support.”

As the saying goes, there is always next year. So, as we look to the first 2018 season game on March 29, it is clear that the Cleveland Indians have the talent and the fans are offering the support that is necessary to finally win our first World Series in nearly a century.