History Made at NYC Marathon 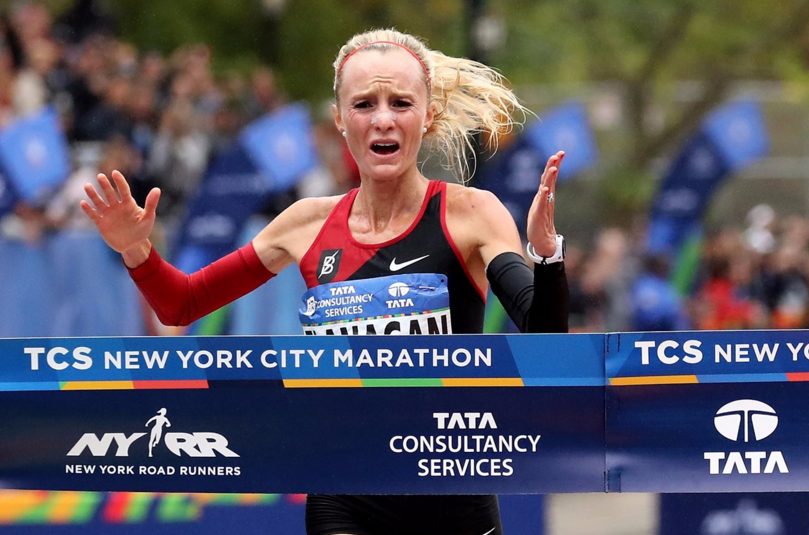 This past Sunday, November 5, the New York City Marathon took place, and history was made. For the first time in four decades, an American won the women’s race. Shalane Flanagan, an olympic medalist who holds several American distance running records, won the elite women’s marathon in a time of 2 hours, 26 minutes, and 53 seconds unofficially, and beat the defending champion Mary Keitany of Kenya by 61 seconds.

The win was very emotional for Flanagan, who was well aware of the history that had been made, calling the moment “indescribable.” It was the first time an American woman won the race since Miki Gorman won the race in 1977, exactly 40 years ago. Gorman, who was 42 at the time, won the race in 2 hours, 43 minutes, and 10 seconds, a much slower time than Flanagan’s this year, “It’s a moment I’m trying to savor,” Flanagan said, “This is the moment I’ve dreamed of since I was a little girl.”

For Flanagan, this win is just one of many great moments in her long and storied career. Flanagan holds the American records for the 3,000 meter indoor race and 5,000 meter indoor race. In 2008 Flanagan placed 3rd in the 10,000 meter race at the Olympic Games, earning her an Olympic bronze medal. In March, however, Flanagan’s medal was upgraded to silver when the IAAF ruled that the silver medalist in the race, Turkey’s Elvan Abeylegesse, was being placed under sanction for a positive doping case and for a two-year period that included the 2008 Olympic Games, would have all her results disqualified.

Flanagan, who is 36 years old, is likely coming to the end of her career. For distance running, anyone past 35 is considered old, and considering the number of years that Flanagan has been running at such a high level, her body has taken on a lot of wear and tear, and her prime is likely behind her. Despite that, she still managed to get a historic win against such a talented field, a win that she will remember for the rest of her life.