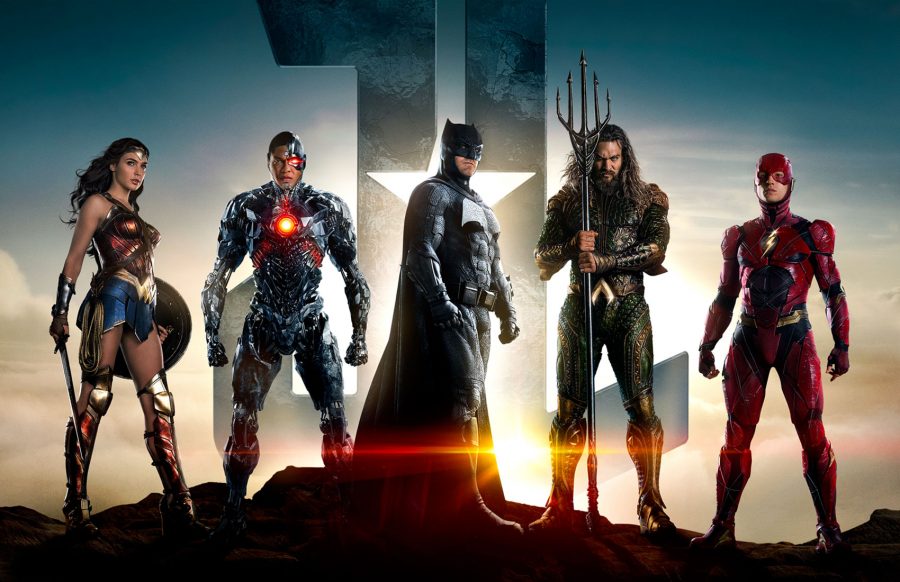 The movie description is as followed: “Fueled by his restored faith in humanity and inspired by Superman’s selfless act, Bruce Wayne enlists newfound ally Diana Prince to face an even greater threat. Together, Batman and Wonder Woman work quickly to recruit a team to stand against this newly awakened enemy. Despite the formation of an unprecedented league of heroes — Batman, Wonder Woman, Aquaman, Cyborg, and the Flash — it may be too late to save the planet from an assault of catastrophic proportions.”

While the film only received a 7.3/10 on IMDb, and a 41% from Rotten Tomatoes, the fans are raving when it was released. DC comic fans everywhere were happy upon the arrival of the film. The fans are upset at one thing though: the directors. Admirers of the DC films have applauded director Zack Snyder for his previous DC works: Man of Steel (2013) and Batman v Superman: Dawn of Justice (2016). However, after an unfortunate death in his family, Snyder pulled away from Justice League and put director Joss Whedon in charge. Whedon is popular in the Marvel Cinematic Universe for directing both Avengers (2012) and Avengers: Age of Ultron (2015). Whedon is also well-known for directing the one season sci-fi show, Firefly (2002).

But Whedon changed a lot of Justice League. Snyder admitted that there was several whole scenes that Whedon took out and inserted scenes of his own. Upon hearing of these lost scenes (that many said would have made the movie better) fans were angered. Many are debating if these cuts really exist, and fans are petitioning for it to be released. There’s no further knowledge of this issue so far.