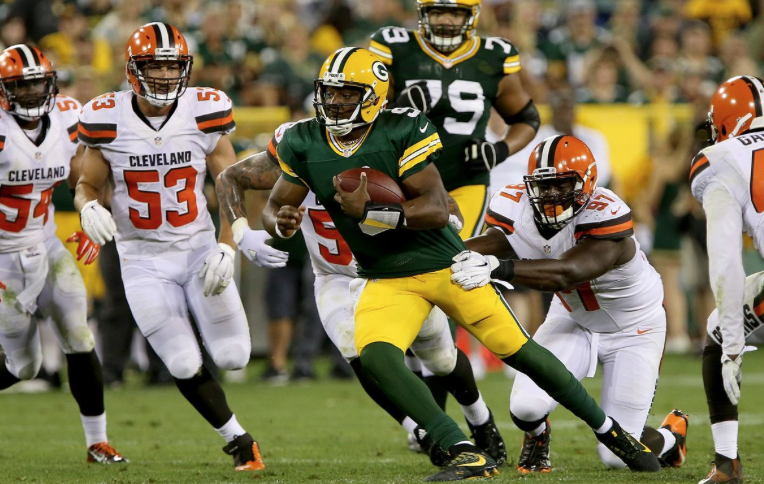 On Sunday, December 10th 2017, the Cleveland Browns played the Green Bay Packers at the  First Energy Stadium. The Browns 0-13 but they still have 3 more games to get at least one win on the season.

In the first quarter there were a total of 7 plays, 84 yards within 4:05. The Cleveland Browns scored a touchdown with just 4:45 left in the quarter. Josh Gordon 18 yard pass from DeShone Kizer and Zane Gonzalez. Although we weren’t the first to score we still managed to get a touchdown shortly the Packers. At the end of the quarter with a score of 7-7.

The second quarter we kept the points rolling with another touch downs we put up another 7 on the board. Now the Packers fall behind by a touchdown. The Cleveland Browns have the lead at half time 14-7.

The third quarter no score until about 2 minutes left in the quarter. The Browns had yet another touchdown again the Green Bay Packers. The kick was good for Zane again giving us that extra point. Now leaving the thirst quarter with a score of 21-7.

Finally, within the first 3 minutes the Packers managed to get a touchdown. Now the score was cut down to 14-21. The Browns get the ball and are struggling to pass the ball. Then just 12 second left in the quarter and the Packers tie the game up making up go into overtime. In overtime whoever scores first wins, so unfortunately Green Bay found and opening and the end score was 27-21.

Running back Isaiah Crowell rushed for a season-high 121 yards. He leads the team this season with 716 yards. He is the firs Brown to rush at least 600 yards in four consecutive seasons since Greg Priutt 1975-1978. Crowell has six career 100-yard rushing games tied for the most since Brown 1999. With 2989 career rushing yards, he is eight on the Browns all-time rushing list.