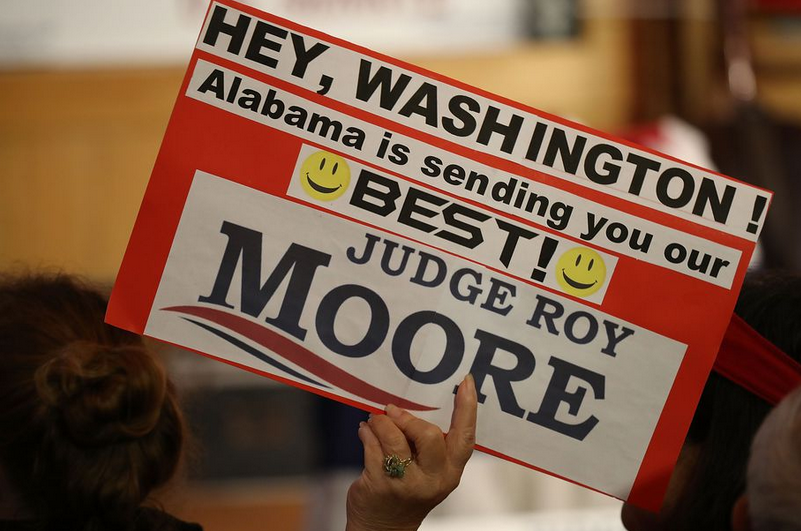 In an earlier article I wrote how there was still a possibility that pedophile Roy Moore had a chance to winning a seat in the Alabama Senate. Well, as of the thirteenth of December, I have never been happier to eat crow.

Doug Jones, Northern Alabama District Attorney, became the first Democrat to be elected in Alabama for Senate in twenty-five years. Jones is known for being the lead persecutor during two of the four Ku Klux Klan members responsible of the Birmingham bombings.

Jones narrowly won, claiming 49.92% of the votes to Moore’s 48.38%. Moore as of now has declared a recount, but it reported that it is unlikely it will yield a different outcome. Now the Senate has a 49 to 51 ratio of Democrats to Republicans.

Moore, supported by the president and various high-ranking GOP members, has left many in the White House scramble to figure who is to blame.

The action can be arguably a shift not in political views, but in how the world treats those who act immoral whilst in power. As what heavily influenced Roy Moore’s downfall was his molestation allegations and possibly his homophobic rhetoric such as that homosexuality should be illegal. That sparks the failure to see the loss lands on what Moore had done.

It was to the point that Senators of Republican origins were against his election. Jeff Flake of Arizona went on to tell the Daily Beast how he actually donated to Jones’ campaign. It goes to show that there can be a line where it is country over party, focusing on having a well-oiled and moral governmental machine.