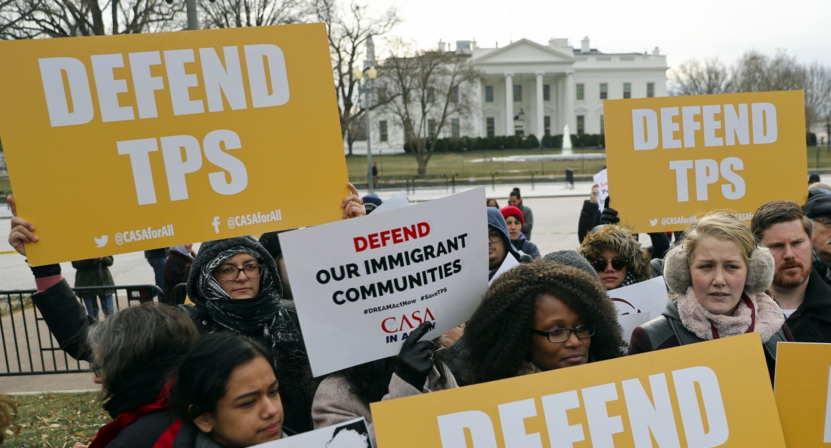 On Monday, January 8, the U.S. Department of Homeland Security (DHS) announced that it would be ending “temporary protected status” for Salvadorans. The status was granted in March 2001 by then-US Attorney General John Ashcroft to Salvadoran immigrants that were displaced by the major earthquakes that took place in El Salvador in January 2001, stating that immigrants from El Salvador who had been in the United States since February 2001 could apply for temporary protected status, or TPS, which would protect them from deportation and allow them to get work permits. The TPS was only supposed to last 18 months after being put into effect, but has been extended multiple times by both President Bush and President Obama.

This all started in January 2001 when 7.7-magnitude earthquake hit El Salvador, the worst to hit the country in over a decade. The next month, several more 5 and 6 point earthquakes struck, leaving homes, cities, and landscape destroyed. More than 1,100 people were killed and over 1.3 million people were displaced, many of whom ended in the United States. Supporters of DHS’ decision argue that the protection was “temporary” and that El Salvador has rebuilt itself and is a good enough place for them to return to. On the other hand, critics of the decision point to the fact that these people have been here for 17 years, have built lives in America, and many have even contributed to the economy. Critics also argue that is unfair to send young people back to a country where they have never lived, since they have only known America as home.

While many are just hearing about this issue this week, taking away TPS from different groups has not been an uncommon thing so far under the Trump Administration. Last month the administration announced that it would ending TPS for Haitian refugees who came to the U.S. after the devastating earthquakes of 2010. Last year, it was announced that TPS would be taken away for immigrants from Nicaragua and Sudan. Several people, however, have been and will continue to be able to apply for permanent residency before their TPS expires.