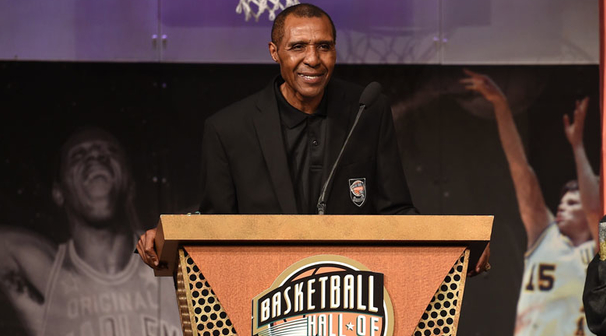 On Tuesday, basketball Hall of Famer Jo Jo White died at age 71. White was the 9th draft overall by the Celtics, White played 9 full seasons with the team before he was traded to the Golden State Warriors, he also played 3 games with the Kansas City Kings before he retired.

White was one of the stars on the Celtics in 1970. They won two NBA Finals in 1974 and 76. He was named seven straight All-Star teams and played every game for 5 straight seasons.

The Celtics retired White’s number 10 jersey and he was inducted into the Naismith Memorial Basketball Hall of Fame in 2015.

White had been battle cancer for a few years, he underwent surgery to remove a malignant tumor.

The Celtics released a statement expressing their sadness over Jo Jo’s death.

“We are saddened by the passing of the great Jo Jo White. He was a champion and a gentleman; supremely talented and brilliant on the court, and endlessly gracious off of it, ” the team said in a statement. ” Jo Jo was a key of the two championship teams, an NBA finals MVP, a gold winning Olympian, and a Hall of Famer. His contributions to the team’s championship legacy may have only been surpassed by the deep and lasting impact that he had in the community. The sympathies of the entire Celtics organization are with the White family.”

#RIP White. You will be missed:(