Amazon: The Company of the Future 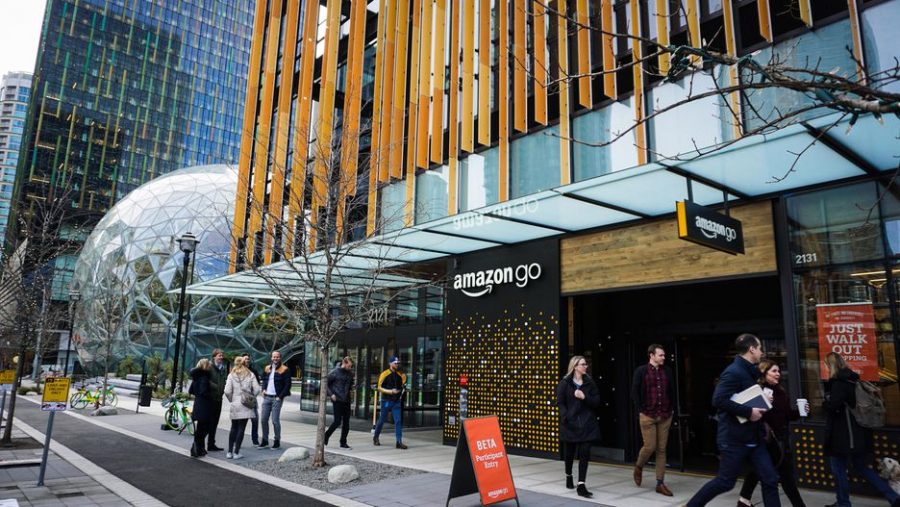 Over the past several years, Amazon has quickly become one of the most prominent companies in the entire world. With Amazon releasing new technological innovations nearly every year, it is no wonder why the company has transformed the way we shop and has since then left an everlasting imprint on our daily lives.

When Amazon announced their plan to open a second corporate headquarters in late 2017, many cities saw this as an opportunity to jump-start their economies with Amazon promising an estimated 50,000 high-paying corporate jobs and a $5 billion investment in construction costs. Cities such as New York, Columbus, and even Cleveland quickly submitted a bid in hopes to become the next home of HQ2. Eventually, Amazon would release a shortlist of 20 finalist cities that would be considered as potential locations for the HQ2.

Amazon has also made significant strides in the food industry over the past year and a half with their purchase of Whole Foods and offering a grocery delivery service with same day shipping. But they didn’t stop there. Earlier this week, Amazon opened the world’s most advanced grocery store. The store is known for having “Just Walk out Technology” which automatically detects when products are taken or returned to the shelves and keeps track of them in a virtual cart. To gain access to the store, you must download the Amazon Go app onto your phone and link it to an Amazon account. Next, when you arrive at the store, open the app and it will allow you to enter the store. When you are finished shopping, you may leave the store and your receipt will be emailed to you. Although this Amazon Go store may still be in the prototype stages, Amazon hopes to eventually open up an additional 20 or so stores within the next two years.

The man behind the whole operation is none other than Jeff Bezos. Bezos has recently been crowned by Forbes as the richest man in the world with a net worth of $113.5 billion. From Bezos running the company in his garage in 1994 to becoming one of the world’s wealthiest man in a matter of years is truly amazing.

Even though Apple still holds the title as the most valuable company in the U.S. right now, Amazon looks like they are starting to gain some traction on the tech giant. Regardless of your opinion towards online shopping and the changing food industry, all of us can agree that Amazon is making huge strides that are allowing themselves to become the company of the future.