Denver Gives Jobs to the Homeless 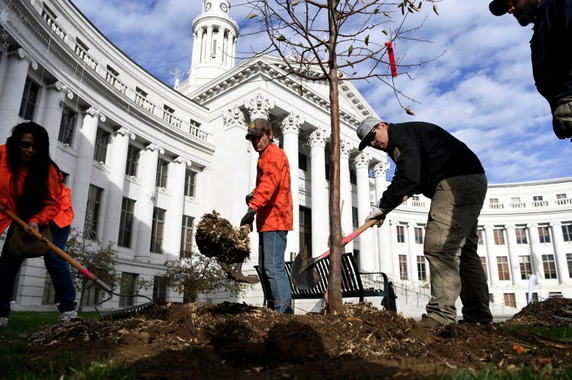 A same-day work program started by mayor Michael Hancock in 2016 has recently taken off, giving more than 100 homeless people full time jobs and a sense of real hope. Originally, 248 people participated in this single day work and 10 landed full time jobs, but as the years go on — the results are incredible.

Denver’s homelessness is expansive and debilitating, as people have been laid off at inopportune times or deemed mentally incapable of holding a job. The mayor had an idea to bring up morale and get homeless people out of their rut. Denver Day Works has provided homeless and struggling people with an opportunity to work, make money and prove their skills to possible employers. They also supply free lunches to workers who show up, connect them with housing providers and at the end of each shift, pay each worker more than $12 an hour.

Former homeless man Jeffrey Maes says,”When you take a good person (who’s) down, broken, discouraged, and you give them an opportunity to be proud of their self — to stand up and do something for their self — that’s one of the greatest gifts anybody can give to anybody,” about the program in Denver. Maes had been a successful businessman until one day it all crashed around him. This Denver Day Works, however, has given Maes the opportunity to get back on his feet with the help of his city.

This pilot idea started in Albuquerque and then was adopted by Denver, proving to be one of the most successful of plans to get the homeless re-adapted to the work environment. Mayor Hancock says, “The program’s success shows what we’ve known all along — that people experiencing homelessness are no different from other city residents,”

A Mayor of an average town did something extraordinary, just by budgeting, planning and having compassion for those he shares an area code with. Imagine if every city could adopt such an emphatic approach to their homeless and mentally ill.