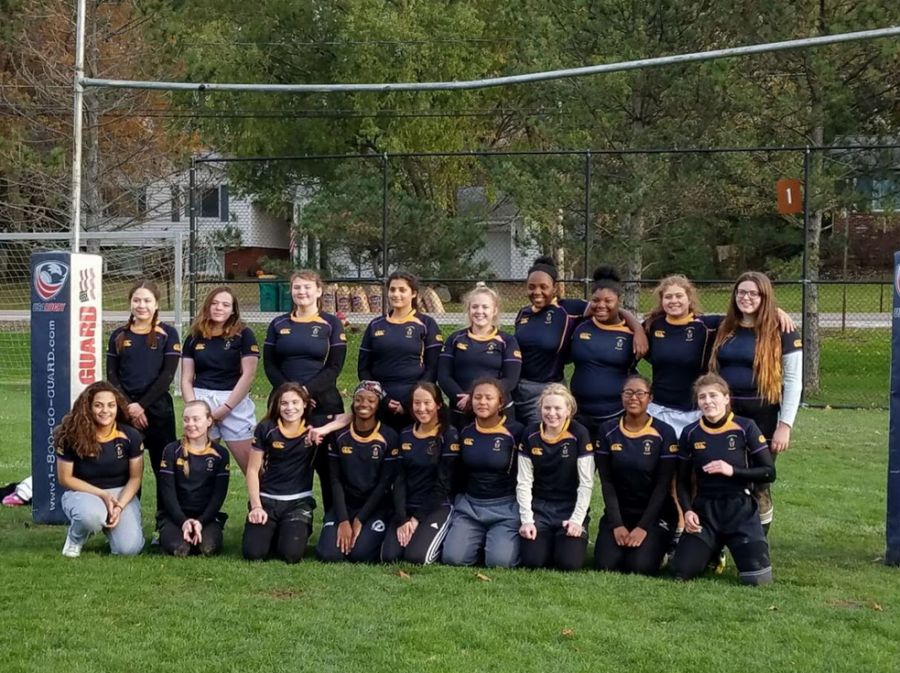 Last week, the Lakewood Girls’ Rugby Team kicked off their season with the first practices of the new year. Coach Mark Montgomery and assistant coach Christine Bryant started practice on Tuesday at 6pm. The practice ran until 8pm that night.

Taking a look at the other teams so far, the Lakewood Girls are in for a season that will push them to do their best and test their limits.

On Thursday of last week, the girls had a meeting which had quite the uninvited guest. A mouse.

After everyone settled down, both coaches brought in a fundraiser that has done well for the girls the past six years. Currently, they are selling pastries, cookies, and mostly desserts.

This week, the girls had their first outdoor practice. It was snowing/raining and most of the girls did not enjoy it. However, hard work will pay off in the end.

On March 3rd, some of the teams are trying to get together to scrimmage each other at Garfield middle school. It is not completely confirmed whether or not this will actually take place as it is to be dictated by the weather that day.

The first actual game of the season is set to take place on March 25th at 1:00pm against Medina. This year is Medina’s second year as a team but that does not mean they can’t be the under-dogs of this year.

Overall, the Lakewood Girls’ team is set to have a good year. Hopefully with many wins, they make it to states once again.