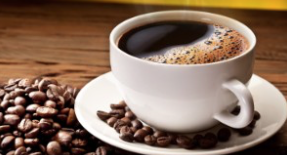 Coffee shops in California might be forced to warn customers about a possible cancer risk linked with their morning espresso.

The state keeps a list of cancer causing chemicals, and one of them, acrylamide is created when coffee beans are made.

In 2010 there was a lawsuit in Los Angeles by nonprofit Council for Education and Research on toxic targets several companies that sell coffee, including Starbucks, 7Eleven, an BP. The suit alleges that the defendants “failed to provide clear and reasonable warning” that drinking coffee can expose people to acrylamide.

Court documents state that businesses must post clear and reasonable warning about the presence of agents that could affect someones health. Under the California Safe Drinking Water and Toxic Enforcement Act of 1986. These specific stores failed to do so.

These few stores will be fined and forced to posts warning s about the acrylamide with a clear explanation about the potential risks of drinking coffee. If the suit is successful they will have to post them on counters or somewhere that everyone will be able to see when making a purchase.

Raphael Metzger, the attorney said she wants the coffee companies to reduce the acrylamide to the point where there wouldn’t be a risk of cancer.

“I’m addicted to coffee, I confess, and I would like to be able to have mine without acrylamide,” Metzler said.

The question is will people really stop drinking coffee after seeing those signs? Many people will admit they are addicted and it would be very hard for them to all together stop drinking it after so many years. People would probably agree that they would like if coffee companies would eliminate the chemicals hat could be cancer causing.