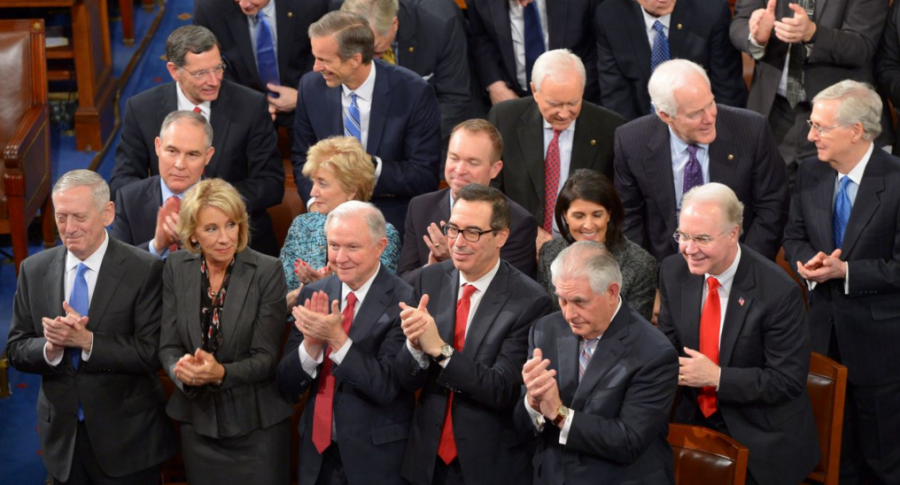 Since Trump took office in January 2017, the White House and the Trump Administration has been caught up a large number of scandals and controversies, much to the displeasure of his both his biggest supporters and his biggest critics.

From National Security Advisor Michael Flynn lying to Vice President Pence about Russian contacts, to Senior Advisor Kellyanne Conway coined the phrase “alternative facts,” to Staff Secretary Rob Porter being fired for sexual abuse allegations, despite Chief of Staff John Kelly knowing about them for months, the White House has been the epicenter of a number of political earthquakes.

On September 29, 2017, Health & Human Services Secretary Tom Price resigned from his position over a private jet controversy. In mid-September it was discovered that he relied on taxpayer-financed private flights to a ridiculous degree. Price was discovered using taxpayer dollars to pay for trips to Africa, Europe, and Asia totaling $500,000.

In September 2017, Treasury Secretary Steven Mnuchin came under fire after the department’s inspector general revealed that Mnuchin requested the use of a U.S. Air Force jet to transport him and his wife, Louise Linton, to their honeymoon in Scotland, France, and Italy. The report revealed an operating cost of $25,000 per hour for the trip.

In October 2017, Interior Secretary Ryan Zinke came under the spotlight for his own use of taxpayer-funded travel. A report revealed that he had taken three charter flights, including a $12,375 late-night trip from Las Vegas to his home state of Montana. That flight took place after Zinke had spoken at an event for that city’s new NHL hockey team, the Las Vegas Golden Knights.

In February 2018, a report from the Department of Veteran Affairs’ inspector general revealed that Secretary David Shulkin improperly accepted tickets and airfare to the The Championships at Wimbledon in England. On top of that, Shulkin’s chief of staff doctored an email and made false statements about the trip — making it appear as if Shulkin was receiving an improper award from the Danish government.

All of these, along with the allegations that HUD Secretary Ben Carson spent $31,000 on chairs for his office, show a lack of common sense and understanding of the powers that cabinet secretaries have. Scandals and controversies like these are the reasons that all government departments and agencies have inspector generals, to conduct internal investigations and to reveal when government money and resources are being misused.