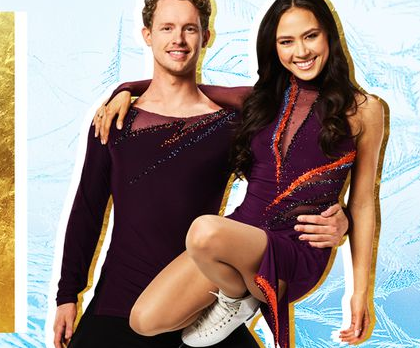 While the majority of the population sees Olympians as superhumans (which they kind of are), the fitness they possess is not just built in the gym but in the kitchen. More importantly than working out is what you eat, and all Olympians know this.

Madison Chock, Olympic Ice Dancer, has something profound to say about her diet. Chock eats a mostly vegan diet, with the occasional fish and never dairy. Chock also swears by the healing effects of water and downs two glasses upon waking every day. Her meal plan is something straight out of your kitchen, and surprising to most who read about it. Her breakfast usually consists of flaxseed oatmeal with chia seeds and raisins. You can find chia seeds, raisins and flaxseed oatmeal at your local Whole Foods or farmer’s market! Next, Chock has a mandarin orange or piece of fruit after her morning practice to keep her energy up. Her lunch is usually leftovers from last night’s dinner, such as chili and pita chips. Her next snack is usually a smoothie with lots of fruit and then dinner is whatever her and her partner want to make! Sounds pretty laid back for an Olympic athlete, huh?

A concept that many have yet to touch on is the amount we eat per day. Although Madison Chock’s diet every day consists of pretty normal things, she’s not mindlessly eating chips or goldfish on the couch and watching TV. We often times forget or aren’t aware of our poor eating habits and how they make us feel. These Olympians, however, have no time for extra annoying carbs. And perhaps that lifestyle of munching on the couch works for you, but a strict (but yummy!) diet is what Olympians must abide by to kick ass at the competitions.

Check out more diet specific Olympians at the link below.