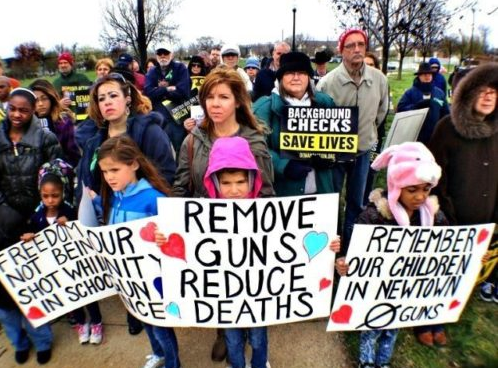 On Saturday, March 24, 2018, there were rallies all over the country about the gun ban. The biggest one was in Washington D.C. It was a nice peaceful march and rally, there were no big problems.

Some kids from our school raised money and went to the march. I know some of them and asked them about it. All of the kids said it was a great experience and they were all so happy to have gone. It seemed like a great time.

There were around 850,000 people in D.C. for the rally. It is so nice seeing all the people marching for what is right and trying to make a change. It was amazing to see the turnout of people and all the posters the people have made.

Washington D.C. is not the only place that had rallies. Cleveland and multiple other cities had rallies and it was an amazing turnout all over the country. It was great seeing all of the kids at these rallies because this fight is for them and to protect them. Kids that young should not be going through traumatic experiences like these.

Our President went golfing instead of making an appearance at a rally that could change our lives. The president can have any other day to go golfing but he chose that day. He could have showed up and talked for two minutes than left and that would have made a big difference. He is the President of the United States and he would rather golf than help out all the kids in America. He wants to say that children’s safety is the “top priority” but he can’t show up to something that can change there lives for better or for worse.