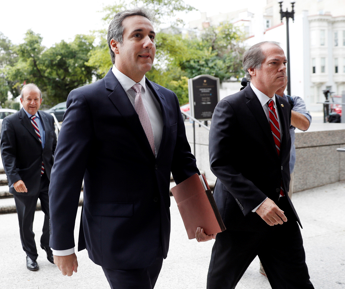 On the morning of April 9th, the FBI obtained a warrant from Agent Robert Mueller and raided the Rockefeller Center office and Park Avenue hotel room of President Trump’s lawyer, Michael Cohen. The team seized business records, emails, and documents related to several topics such as the payment to a pornographic film actress.

Stephen Ryan, a lawyer of Cohen, has called the search “completely inappropriate and unnecessary,” after the Southern District of New York had executed a series of search warrants that has “seized the privileged communications” between Cohen and his clients.

President Trump has slammed the move Monday as a “disgraceful situation” and “attack on our country.” A source close to the situation warned that Mueller’s decision could push the president in the direction of terminating the special counsel’s office.

“Why don’t I just fire Mueller? Well, I think it’s a disgrace what’s going on. We’ll see what happens,” Trump said. “Many people have said you should fire him. Again, they found nothing. And in finding nothing, that’s a big statement.”

CBS News’ Paula Reid reports that this evidence was seized as part on an investigation into possible campaign finance violations and fraudulent business activity, according to a person familiar with the case. Further, the client communications seized included communications with Mr. Trump.

The agents were also seeking all records relating to the infamous Access Hollywood tape in which Mr. Trump was exposed for making vulgar comments about women. The search warrant sought evidence of whether  Cohen tried to suppress damaging information during the presidential race.

Recently shared details from the warrant have revealed that prosecutors are keenly interested in Cohen’s unofficial role in the Trump campaign–helping to explain why Mr. Trump was furious about the raid.

After all, why react if there is nothing to hide?