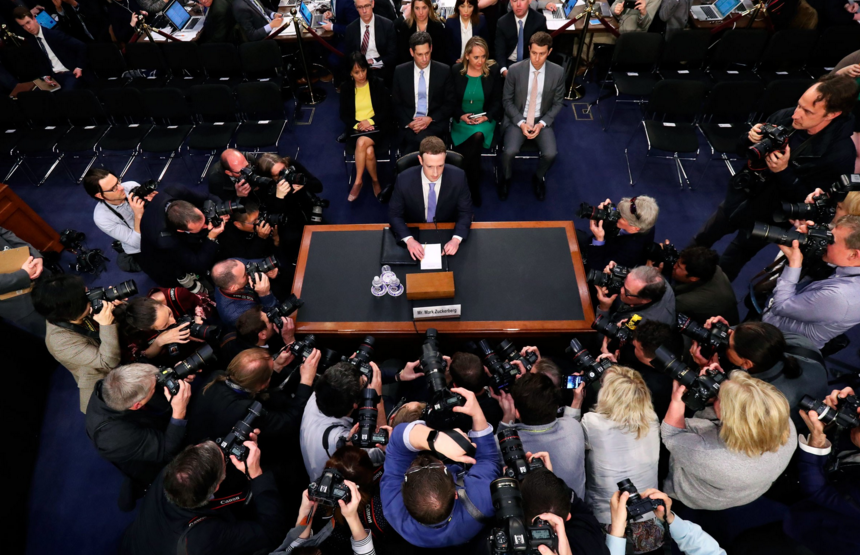 On Tuesday and Wednesday, April 10 and April 11, Facebook Founder and CEO Mark Zuckerberg testified to both the U.S. House and Senate after reports emerged that Facebook collected personal data from at least 87 million users and sold it to Cambridge Analytica, a data company hired by the Trump campaign to analyze and target campaign ads towards certain demographics on social media.

The controversy, however, doesn’t end there. According to other verified reports, Zuckerberg knew about the data collection for well over a year but failed to report or inform users whose data was sold to and used by Cambridge Analytica. With the data, Cambridge built psychological voter profiles ahead of the election that many experts say was instrumental in Trump’s victories in Wisconsin, Florida, and Pennsylvania, which ultimately decided the 2016 presidential election.

On Tuesday, Zuckerberg appeared before the Senate Judiciary and Commerce committees, facing a variety of questions from privacy to political polarization following the reports and revelations. A notable moment from Tuesday’s hearings was when Republican Sen. John Kennedy said to Zuckerberg that Facebook’s user agreement “sucks.” The remark got a laugh out of everyone in the room, including Zuckerberg and other senators.

While Tuesday was an easy day in terms of Congressional testimony standards, with senators giving him ample time and leniency for his answers, Wednesday was a much tougher day for both Zuckerberg and lawmakers. In a hearing with the House Energy and Commerce Committee, lawmakers were much more direct and overreaching with their questions. Throughout much of the hearing, dissatisfied lawmakers would blatantly interrupt Zuckerberg to ask follow-up questions or express displeasure with his answers.

While Zuckerberg gave over 10 hours of testimony and answered over 600 questions between the two days, several lawmakers, media pundits, and even informed citizens were frustrated with his lack of clarity and specificity. Over the two days, Zuckerberg said a variation of “I will get back to you on that” 42 times.

Either Zuckerberg truly did not know answers to the questions, or he had the answers and was afraid of the scrutiny that may follow them. No matter the case one thing is clear: Zuckerberg and Facebook still has an uphill battling in convincing their users and the public that Facebook will protect user privacy.