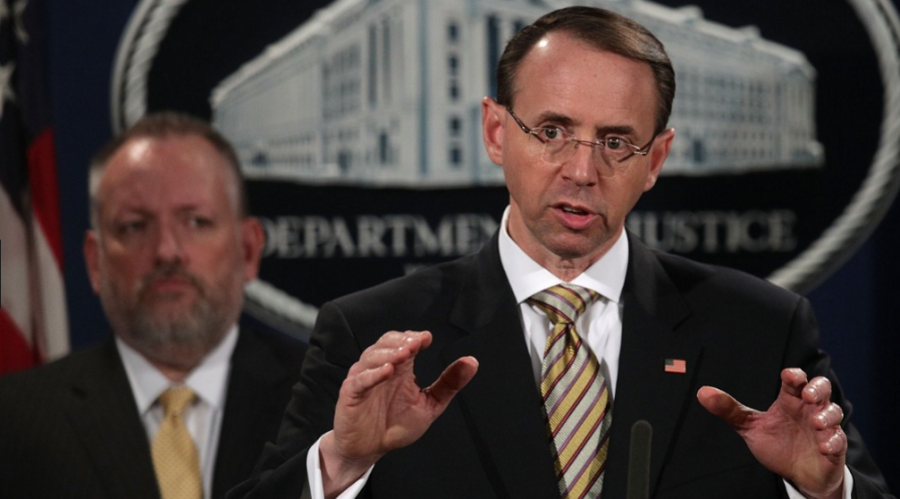 As the investigation into Russian collusion and meddling continues on, President Trump and the White House have grown increasingly frustrated, prompting them to undergo an effort to undermine Deputy Attorney General Rod Rosenstein. Following Attorney General Jeff Sessions’ recusal from the Russia investigation, Rosenstein took over and subsequently named Robert Mueller as Special Counsel.

The effort to undermine Rosenstein comes shortly after the home and office of Michael Cohen, Trump’s personal attorney, was raided by the FBI who were executing a search warrant. While the warrant was issued by a federal judge in the Southern District of New York, many believe that the information provided in the warrant originally was discovered by Mueller.

The effort is already somewhat underway, with Trump supporters calling for Rosenstein’s firing on national television. While Rosenstein’s job security appears less than certain, Trump’s threats have been all talk up to this point. Trump and his associates have done the same thing in the past with Attorney General Sessions and Special Counsel Mueller. While he has threatening both of their firings repeatedly over the course of his term in office, it’s been only that up to this point: a threat.

Trump and supporters say that Rosenstein has done a poor job overseeing the Special Counsel’s investigation and that he has let the Russia investigation get way beyond its original scope. The backlash to firing Rosenstein or Mueller, however, would be enormous. Some liken the situation to Watergate, when President Nixon fired his own Attorney General for refusing to fire a special investigator. Some also believe that the president would be overstepping his power if he fired Mueller.

Rosenstein will remain the Deputy Attorney General, for now. However, should a new development occur in the Russia investigation anytime soon, it is highly likely that either Mueller or Rosenstein would be fired.