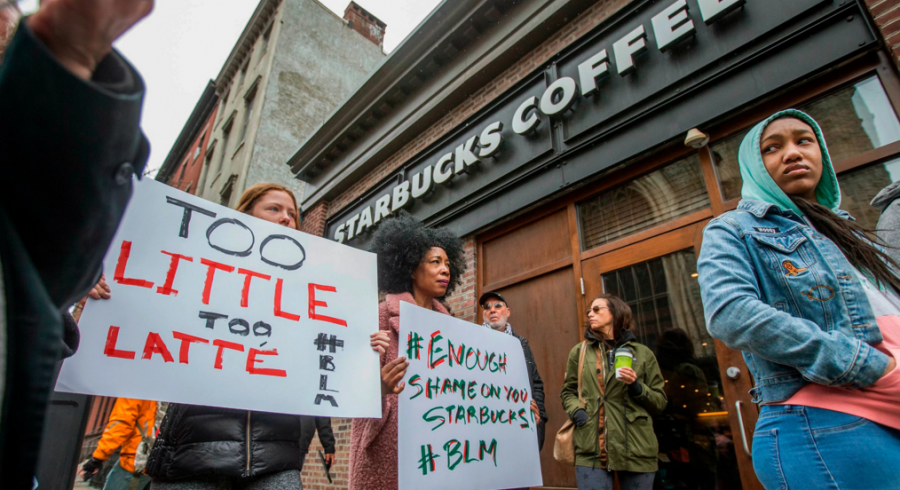 On Thursday, April 12, two black men were arrested at a Philadelphia Starbucks. The two men were in the store waiting for their friend and asked to use the restroom, when a store employee denied their request because they had not paid for anything. The men subsequently sat down and were asked to leave the shop. When they refused to leave, the employee called the police.

The men, whose names have not been released, were then arrested on suspicion of trespassing by Philadelphia Police. Starbucks, however, did not want to press charges and the men were later released. The Philadelphia County Prosecutor’s Office reviewed the case and decided to not press charges due to a “lack of evidence that a crime was committed.”

Since the incident, videos have been released of the arrests, which appear to show police talking with the two men for several minutes before a white man, was meeting the two men there, appears and begins to engage in the conversation. Despite efforts by the two men’s friend, the two black men were then arrested, and a public outrage has ensued.

Starbucks CEO Kevin Johnson has personally apologized to the two men and made an unprecedented announcement that it will close over 8,000 stores on May 29 to train baristas and employees on how to recognize racial biases. Johnson also said that the manager who called 911 has since been fired but the damage appears to be done, with #BoycottStarbucks trending on Twitter and other social media platforms.