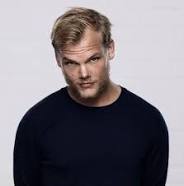 Tim Bergling, better known as his stage name “Avicii”, was a Swedish-born musician, DJ, remixer and record producer who has tragically passed away at the age of 28. He passed away on April 20, 2018 in Oman (a popular vacation getaway country in the Middle East surrounded by Saudi Arabia, Yemen, and United Arab Emirates).

Avicii quit touring in 2016 due to health concerns after struggling with acute pancreatitis and having his gallbladder and appendix removed in 2014. He had also suffered with addiction and was hospitalized twice for alcohol-related issues.

You may know the artist Avicii by some of his most famous works, “Wake Me Up” (which is the 8th most downloaded song in the United Kingdom), “Hey Brother”, and “Levels”. He was one of the most successful and popular artists in his genre.  He was also one of the top paid DJ’s of all time.

The family of the 28 year-old DJ has spoken out about his death saying, “We would like to thank you for the support and the loving words about our son and brother, we are so grateful for everyone who loved Tim’s music and have precious memories of his songs. Thank you for all the initiatives taken to honor Tim, with public gatherings, church bells ringing out his music, tributes at Coachella and moments of silence around the world.”

A cause of death has not been released, but sources such as CNN and People Music have reported that the police have ruled out any suspicion of foul play being involved in the cause of death.

Avicii was loved by many and will truly be missed and remembered for his revolutionary pieces in music.