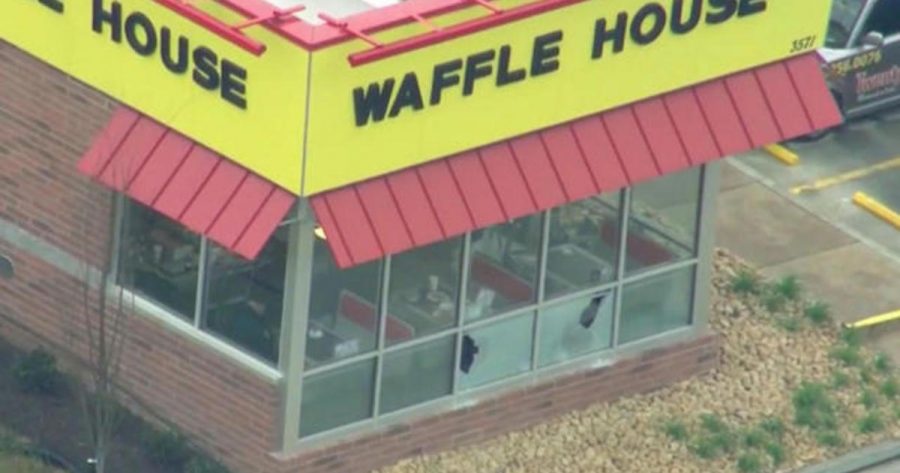 In the month of April of 2018 there was a shooting at a Waffle House located in Nashville Tennessee.  29-year-old Travis Reinking was the killer behind four deaths and two injuries.  His plan was to shoot as many restaurants as possible.  The police said that He left a lot of evidence behind at the scene.

The four victims that fell to Travis at the Waffle House were, twenty-year-old Joe Perez, twenty one-year-old DeEbony, twenty-three year old Akilah Dasilvla, and twenty-nine year old Tourean Sanderlin.  Then the two others that were injured during the shooting.

Some people think race might have been involved in we he killed the people at the Waffle House.  They say that the people he killed were African-American and Hispanic and Travis is Caucasian.  Racism has been a problem in many shootings like this one.  Sources say that he was possessed with an AR-15 that he used on the day the of the shooting.

Travis´s dad had previously confiscated Travis´s guns from him that included three rifles and a hand gun because Travis was having some problems in his life.  Then he would give the firearms back to Travis for different reasons.

Some things Travis has done that showed the troubled side of him.  He caused trouble at the pool and tried to start fight with the local life guards.  He also went to his dads construction offices with one of his rifles and exchanged words with some of the workers. He was probably anti-social.  So if they had figured out what was wrong with him then that may have prevented this Waffle House shooting.