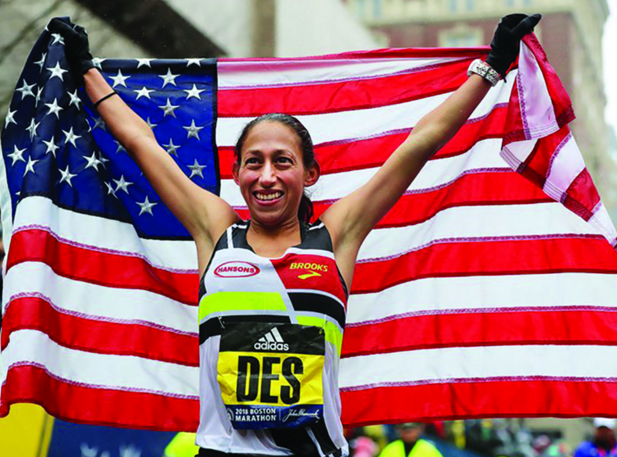 The Boston Marathon has been a tradition for runners all over the world for over a hundred years. With the first race for men in 1897 and the first race for women in 1972. Even though it is in the United States, it rarely has American winners.

For the first time in 33 years, and American women has won the Boston Marathon. The last America women to win was Lisa Larden Weidenbach in 1985. The winner this year was Desiree Linden, a 34-year-old, two-time Olympian. This year was Linden’s sixth time running the Boston marathon, and the first time that she has won. In 2011, she almost won, but lost by a mere two seconds.

On Monday, April 16th, Desiree Linden was able to pull away from the chase pack and eventually passed the leader, Mamitu Daska, near the end of the race. She was able to grow her lead and finish with no one else in sight. Her time was 2:39.54, and even though it got her the win, it was 10 minutes off her fastest time.

Not only did an American take first place, but Americans took six of the top eight spots. Most people thought that there could be an American winner because of all of the top runners this year. All of the Americans showed great sportsmanship, with even Linden holding back in the beginning of the race to wait for Flanagan (another runner) to catch up after a bathroom break.

This win was a great representation of how amazing people are and how hard work can pay off.