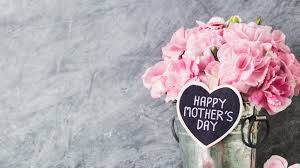 Mother’s Day is a celebration for everyone to honor their mothers, motherhood, any influence on mothers,  or any female figure that is in their life. There are other days honoring other family members such as Siblings Day, Father’s Day, and Grandparents Day.

Mother’s Day was first celebrated in 1908 by a peace activist, who cared for soldiers on both sides of the American War, Anna Reeves Jarvis. She wanted to hold a memorial for her mother at St. Andrew’s Methodist Church in Grafton, West Virginia.

In 1908 the U.S. Congress rejected the proposal to make Mother’s Day official because they said they would have to make a “Mother-in-law’s Day”.

Then six years later, in 1914, Woodrow Wilson announced that Mother’s Day was going to be set on the second Sunday of May and he signed a proclamation making Mother’s Day official.

Now the year is 2018 and mothers can be honored on this wonderful day.

Mother’s Day is not about getting presents, or going out and spending money on your mother, it is a day for you to appreciate everything she have done for you and just love her.

Making your mom breakfast in bed, writing a meaningful card, spending quality time with her and the rest of your family is all your mother wants and to do this for one day out of the year should not be much to ask for.

You should love your mother everyday and show her but on Mother’s Day  especially you should show her you love and care about her a little extra.