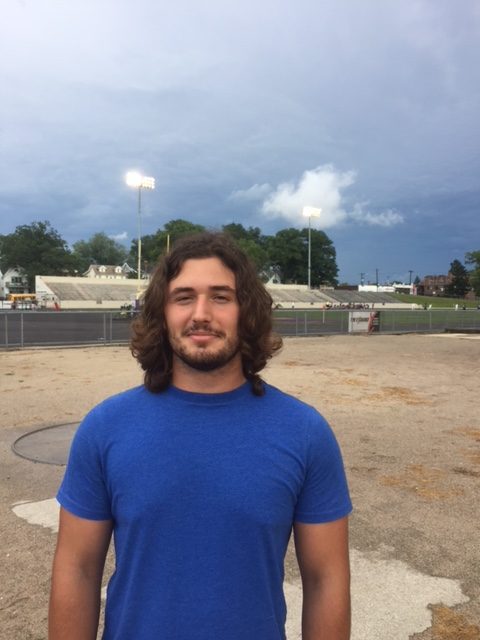 It’s week two and the Lakewood rangers are headed to Amherst for an exciting match up. After their tough week one loss, Coach Thome and his young team are studying and preparing for the well-coached Comets.

The challenge of winning will be even greater, with the injury of senior captain Alvin Musai. We asked him his thoughts on their week one performance and what the team needs to do to win in week two.

He responded,  “We were outmatched last week and I hope that Garfield Heights has a good season. We need our O-line to step up if we’re gonna score, and our defense needs to do their jobs if were gonna stay in the game.”

Along with the loss of starting left tackle Alvin Musai, comes the news that senior Will Adams will most likely not return to the field after tearing his ACL in a preseason scrimmage.

Adams was a huge asset being a three-year varsity player who could have contributed to the struggling Ranger offense. Adams said, “It’s crazy that my season is already over.  I worked so hard for three years. I wanted to have fun this year and win a few games before I go off to college. I’ll still be on the sidelines rooting for my family, and I wish the best of luck to my brothers.”

More news on the Ranger front includes the naming of Captain Kyren Jefferson, a skilled wide receiver who had the highest player rating for the Rangers week one, forcing a fumble and catching numerous passes.

About being named captain,  he said, “This is my first time being a captain and I am really excited!”

We’re going to forget about last week and focus on the rest of the season,” explained Kyren.