Teens with jobs and their effect on academic success 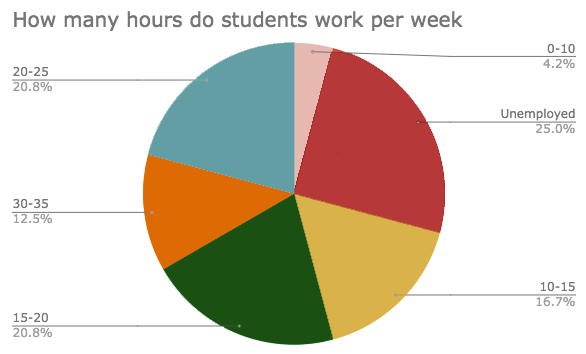 At Lakewood High School, 75% teens are employed. Of these employed teens, 33% work more than 20 hours per week. This is far higher than the US average, which, according to the US Department of Labor, is close to 38%. This employment rate among teens has been on a gradual decline since 1980, when over 56% of teens were employed nationwide.

There are explanations for the rise in unemployment. School is getting more difficult, more students are attending college, and it is getting more expensive- and a part-time job is not enough to cover it, so students tend to take out loans instead. For high school students, the unemployment rate seems to be related entirely to class work load.

On top of going to school for 35 hours a week, having a job can be draining to students. One student says “During my junior year it was a bit brutal. I gave up extra curricular activities and some nights it was ‘do I shower or do I do this assignment’ after working five hours. I finished well but it was hard.” This student recently cut back from 25 to 15 hours per week, but still maintained a 3.8 GPA.  Another student agreed; “Sometimes I get home so late that I don’t have time to do my homework.”