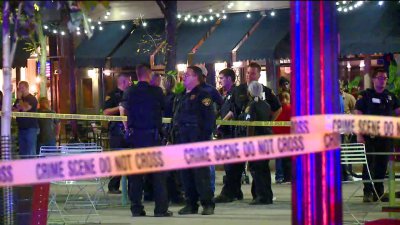 Around 9 p.m. on October 1, a shooting occurred in Ohio City. Reports said that two men and one woman were injured around West 25th Street and Lorain Avenue. According to police reports, the shooting occurred over an argument about a cell phone. One of the wounded was identified as the shooter.

According to witnesses, one of the victims was upset because he lost his cellphone. The man then got in argument with another man, who would later shoot him and another woman. The gunman had a friend with him who was punched by the victim during the fight.

All three of the injured were rushed to the hospital. The shooter, a 66-year-old man, was found on the ground with severe bleeding from the head. One of the victims of the shooting was a 36 year-old woman. She remains at MetroHealth Medical Center in critical condition after being shot in the forehead. The other victim of the shooting was a 34-year-old man. He had a gunshot wound on the left side of his chest and his right arm. The male victim and the shooter have both been treated and released from the hospital.

The shooter is faced with felonious assault and weapons under disability charges. His bond was set at $200,000. Additionally, the friend of the accused, Deontray Pace, faces a charge of obstructing justice because he refused to talk to police about what happened. The two were arrested at the scene of the crime.

Lakewood High School student, Tayt Armitage, was very shocked to hear of the fight. He thought, “It’s very scary to think about, I go to the Ohio City Area all the time and thought it to be a nice area.”